HOLLYWOOD—With the help of City Councilman, Mitch O’Farrell, Hollywood nightclubs will have to meet new codes that will be in place such as a drunken patron limit, serving underage customers and meeting dance floor capacity standards.

O’Farrell is a council member of the 13th District. He also issued a statement in 2014 regarding limitations on Hollywood street performers, according to LA Weekly. O’Farrell wants to bring safety back to the nightlife scene, beginning with at least 300 LAPD officials that are already in place to patrol the area this Halloween, which brings it’s share of shenanigans, according to LAPD.

Peter Zarcone spoke to Los Angeles Times about the intoxication element in the the clubs. Zarcone states that many of the violent crimes, which has increased by 21 perecent, are due to the intoxication factor. “With [Halloween] being on a Saturday this year, we are anticipating there will be more [people]. We will be deployed accordingly,” Zarcone told the Los Angeles Times.

There have been 18 permit violations since July 2015 that was handed to one Hollywood nightclub, Club Cashmere. 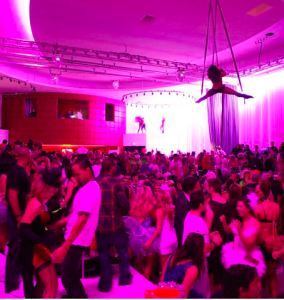 According to the Los Angeles City Attorney’s Office, the Supper Club was charged on June 7, 2012 for various violations and was shut down by the Los Angeles Fire Department after 1,073 club goers were found in a 553-patron establishment.

Other violations such as fireworks on the premises and the use of bedding as seating, a trapeze artist and open fire exits were also recorded. The nightclub had entered a no contest plea on September 2013, due to overcrowding, the use of open flame, use of structure without a permit and has obtained violations for supplying combustible materials on the premises. In return, the nightclub has been charged a $2,000 fine and a received a 36-month probation.

This year, during an investigation conducted by the LAPD, violations were still found to be in effect during the club’s probation period stemming from 2013. Violations such as  long lines, overcrowding, alcohol on restricted locations and blockage of exits were found.

Feuer, a city attorney official since July 1, 2013 spoke about club violators in the area.

“Hollywood’s Entertainment District has a vibrant and thriving nightlife.  To keep it that way, all venues must comply with laws designed to protect their patrons and the broader public. Our office will continue to hold establishments accountable if they violate the law,” said Feuer.

Canyon News reached out to Los Angeles City Attorney’s office and there has been no word as of yet, regarding the outcome of The Supper Club’s hearing held on October 20, 2015.