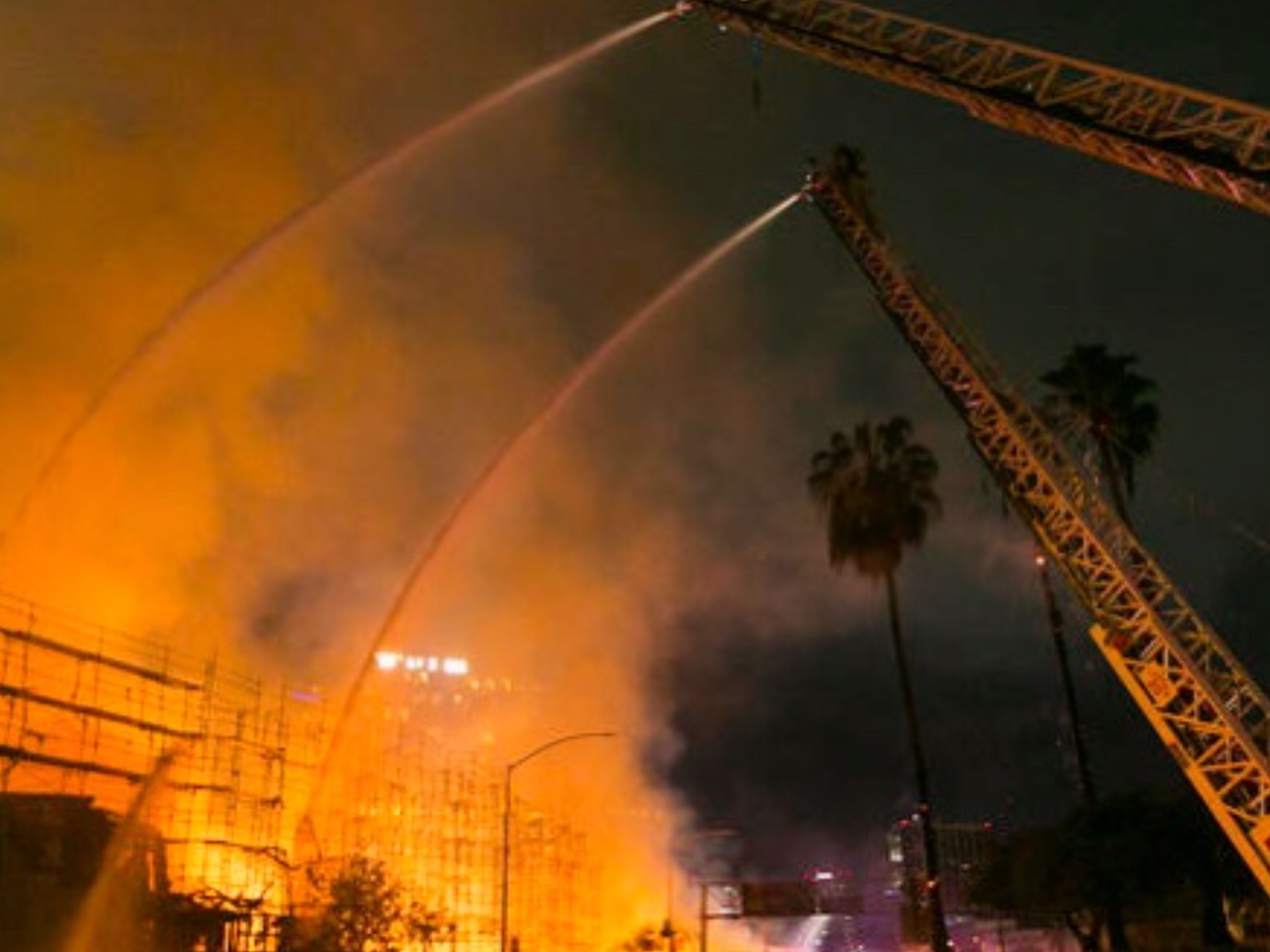 LOS ANGELES—Bail has been set at $1 million for Dawud Abdulwali, the man accused of starting December’s fire that briefly turned Downtown Los Angeles into an uncontrollable inferno.

The blaze, first started in an under-construction apartment complex, resulted in an estimated $100 million in damages, tearing through the adjacent area and damaging nearby buildings.

According to the Los Angeles District Attorney’s office, Abdulwali pleaded not guilty to one felony count of arson of a structure and aggravated arson.

The prosecution claims that Abdulwali used an accelerant on the fourth floor of the seven-story development, which was under construction near the crossing of Temple Street and Fremont Avenue.

In the aftermath of the fire, a reward of $170,000 was posted for anyone who had information that led to the arrest of the suspect. At this juncture, it has not been made public whether or not anyone has collected that reward.

Abdulwali is scheduled to appear again in court on June 11. Judge Sergio C. Tapia II, who is presiding over the case, has also ordered that should Abdulwali post the $1 million bail, he must surrender his passport to authorities.

In a statement made on May 26, Los Angeles Mayor Eric Garcetti said that the successful manhunt for Abduwali proves that should someone commit such a crime against the city, “we will arrest you, we will prosecute you to the full extent of the law.”

“Our agencies spent thousands of hours processing the scene, running down leads, interviewing potential witnesses and performing numerous other investigative activities leading to Abdulwali’s arrest,” said Carlos A. Canino, special agent in charge of the ATF’s Los Angeles office. “This investigation was a team effort from start to finish, which makes its resolution all the more gratifying.”