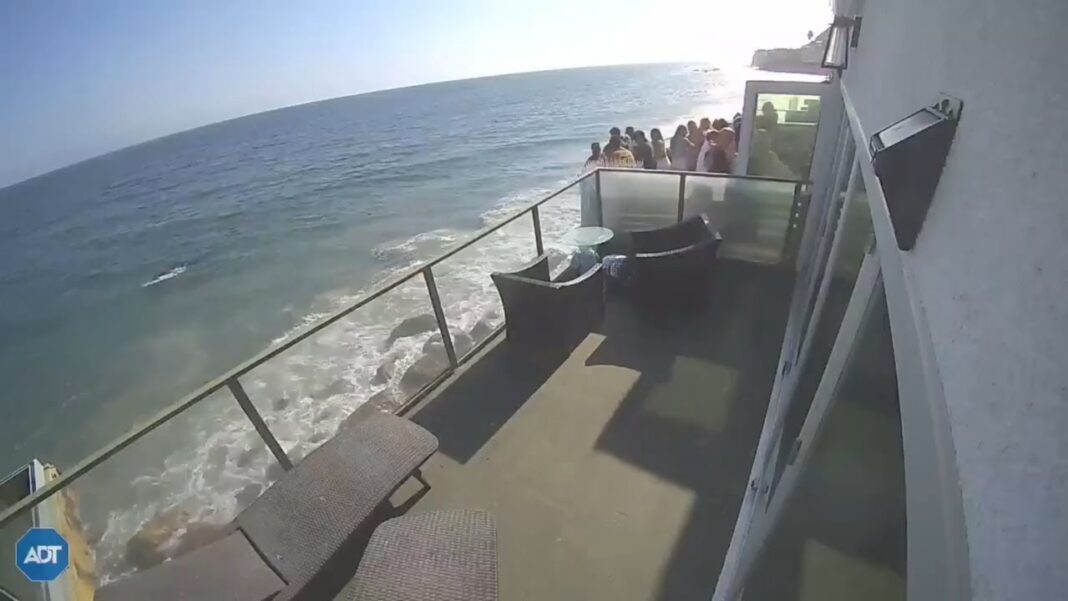 MALIBU—A balcony collapse at a residential rental property onto a Malibu beach on Saturday, May 8, at 5:30 p.m. injuring several people. Two people were rushed to the hospital in critical condition. Four were hospitalized with non-life threatening injuries. Nine others were injured.

The Los Angeles County Fire department officials stated that the incident occurred on the 20000 block of West Pacific Coast Highway. The balcony collapsed onto the rocks of the beach below more than 10-15 feet from the property. Everyone who fell on the beach were evacuated and treated for injuries sustained. Video of the incident was captured which has been circulating over the internet.

According to reports, the homeowner rented the property with a limit of six people inside, but neighbors noted that over 30 people present.

Canyon News reached out to the LA County Fire Department,  but no additional details about the incident were disclosed.

The city of Malibu issued the following statement in response to the balcony collapse:

“The City of Malibu sends its wishes for a full and speedy recovery to the people who were injured during the collapse of a balcony at a house in Malibu on the evening of Saturday, May 8.

In response to the balcony collapse, the building has been red tagged in conjunction with the Los Angeles County Fire Department.”