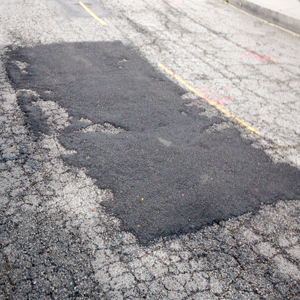 BEL AIR–Documented sightings of potholes along Bel Air roads are on the rise.  The Bel Air Association maintains a detailed log on pothole sightings for Bel Air residents.  The last sweep of Bel Air was conducted Saturday, March 5.

Intersection of Via Verona & Stradella Road

Several Areas Near the 1100 Block of Roberto Lane

Several Areas between the 800-850 Blocks of Stradella Road

Below are pictures of the identified problem areas.