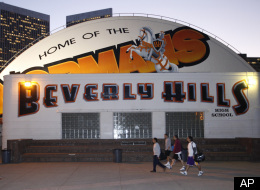 BEVERLY HILLS—At a Beverly Hills City Council meeting on January 10, the council came to a unanimous decision that would support a Joint Powers Agreement (JPA) with the Beverly Hills Unified School District. The decision entails a four-year agreement of grants within the city to fund more than $39 million to the school district’s many facilities. The City of Beverly Hills and the BHUSD have partnered for over 30 years.

Mayor Barry Brucker explained the agreement between the city and the school district. “The JPA agreement reflects the city’s ongoing, strong commitment to our public school system,” Brucker stated.

“Beverly Hills schools are a source of tremendous pride for the entire community and one of the main reasons so many residents chose to live here. This level of support through the JPA shows our community’s unique dedication to the future of Beverly Hills and future generations,” added Brucker.

The JPA provides special funding to the BHUSD for various programs and services. Citizens of the city are granted access to a wide variety of educational and recreational facilities that would otherwise not be readily available for city program services. The school agreement includes athletic fields, courts and equipment, theaters and auditoriums, the districts five libraries along with the swimming pool for summer aquatic programs.

Additionally, the agreement also includes janitorial services, an exchange of cable TV programming between the City of Beverly Hills and the high school and use of school facilities for emergency exercises.

Members of the council also stated in their recent meeting that the city will provide funding of approximately $9.7 million each year as well as $125,000 each additional year for crossing guard services. The 2012-2016 JPA agreement is a 4.6% reduction from the previous four years.