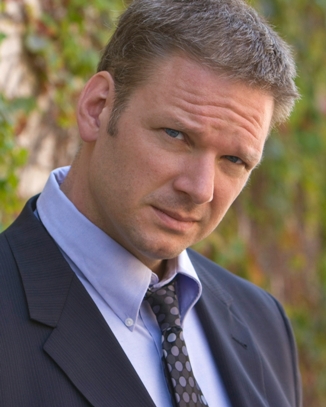 STUDIO CITY—This is the first part of a several part interview that I had with one of Hollywood’s most handsome and outstandingly talented actors of this generation. This ruggedly handsome star is one role away from becoming one of Hollywood’s A-list actors. Just as solid and talented as Russell Crowe and more handsome than any leading man today in the industry, Tom Kiesche is a name you may not know yet, but ladies will soon fall in love with him. This week we talk about his acting career, but in the coming weeks we will discuss his writing, directing and photography work. And if you think his eyes are as blue as Sinatra’s, his voice is even more “golden.”

Q-Tom, you are an actor, singer, writer and producer. Tell me how you got into acting?

A-“Honestly, when I was a kid, a burning desire to be an actor was the furthest thing from my heart and mind. I could have never imagined it, and wouldn’t have believed anyone that predicted it. I was a shy kid, awkward in my early teen years, never feeling very attractive or interesting by any means, and hated, really hated, being the focus of anything. It wasn’t until my fifth year in college that I got the (acting) bug. While I worked my way through college, paying my own rent, food and tuition, I decided to stay an extra semester, to play one more season of club lacrosse, to get my GPA over 3.3. And to add some more course work in business and communications to my Biology Major and Chemistry Minor, and, one of those classes was an acting for film and TV class. Many people were shocked that I made this decision to go for acting, turning down a life of prosperity for a life of poverty. But I was very clear; I wasn’t quitting to become a starving artist. I was moving on to become a working actor or a superstar.”

Q-You have been very busy as an actor, what types of roles do you enjoy most?

A-“It’s funny, my first reaction is to say, I wish I worked more, or I wish the roles I’ve gotten were of higher notoriety, or I have the impulse to down play all the successes that I have had, but I have been fortunate, I have made a good living for a while now as an actor, and I may just be one of the most recognized unrecognized face out there. Actually when My Space first started up my logon name was ”˜That guy from TV.’ The answer is really simple. I enjoy roles that allow me to be creative, or that challenge me creatively.

If a director tells me where to stand, how to say something, isn’t open to suggestions or any creativity from me, I’m incredibly bored and wonder why I chose this profession. I will literally have a silent conversation in my head trying to come up with reasons why I’ve chosen to be an actor, and why I just don’t quit right then and there. However, if I’m working a guest starring role, or a lead in a film, a part in a play, or a small part in a commercial, or in one of my own Internet projects, or a friend’s short, or reading a script for a college student, whatever, If I’m able to be creative, I love it. Love, love, love it.”

Q-What was it like working on “Breaking Bad” as Clovis?

A-“It’s been great. Again, I wish I had a more relevant, prevalent role, but I feel very lucky to have been on four episodes of a great television show, with great storylines and full rich characters. It’s a show I’m not only proud to be a part of, but a show I faithfully watch. Very truthfully everyone from the top to the bottom are incredibly nice, and wow, what great talent they’ve assembled. The last episode I did I thought was the best single episode of television that I had ever been in.”

Q-What are your goals as an actor?

A-“Boy Tommy, this is a hard one. Though it wasn’t always a difficult one for me to answer. When I first started in New York, in a second I would say, be a series regular on a sitcom, or be a series regular on an hour drama, or be a contract player on a soap, or be on Broadway, or get leading roles in feature films, or be a star. Then at some point, while those big ultimate goals still remained out there in front, I added some more attainable goals, more realistic goals. I think my most basic goal as an actor right now is to be happy, to be creative, to be satisfied, to do good work, to be great at something, to pay my rent, make my insurance, be proud of what I’ve already achieved, to not get too crazy about some idea of success, to help friends reach their goals, to develop, to tell emotional truths, to be present and focused. But mostly, to be more happy.”