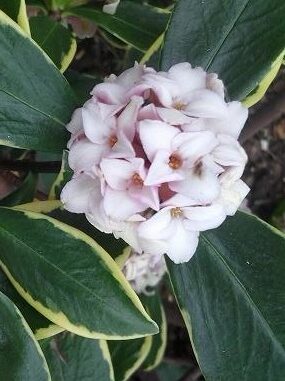 UNITED STATES—Pussywillow is an odd cut flower. It is neither fragrant nor very colorful. It just gets cut and brought into the home because the distinctively fuzzy catkins are so interesting. They are appealing alone or mixed with other late winter flowers. The otherwise bares stems can get cut just as soon as the fuzz is beginning to become visible within the swelling buds. Bloom accelerates once the cut stems are brought into a warm home.

There are actually several other plants that can provide bare twigs that can be ‘forced’ into bloom in the home. ‘Forcing’ is simply the acceleration of bloom of such twigs by cutting them and bringing them from cool winter weather into warm interior ‘weather.’ Flowering quince, flowering cherry and flowering (purple leaf) plum have likely finished bloom; but forsythia, hawthorn, flowering crabapple and many of the various fruit trees that have colorful bloom will be ready to be forced any time. Some daring people even force redbud, dogwood, witch hazel, lilac and star and saucer magnolias.

When the deciduous fruit trees that bloom well need to be pruned in winter, some people intentionally leave a few spare branches to be cut and forced later, just before bloom. These include almond, cherry, apricot, plum, prune, nectarine, peach, pear, apple and a few others. When stems get cut for forcing, they should be pruned out from the trees according to proper dormant pruning techniques, and can be trimmed up accordingly when brought into the home. Flowering (non-fruiting) trees should likewise be treated with respect when stems for forcing get pruned out.

Twigs to be forced should be cut just as the flowers are about to bloom, and preferably, as a few flowers are already blooming. They should be put in water immediately, and if possible, cut again with the cut ends submerged. Buds that will be submerged when the stems are fitted into a vase should be removed.

Once in a warm home, the rate of bloom will be accelerated, although everything blooms at a particular rate. Apple and pear bloom later than most, and can bloom slow enough to justify cutting stems while already blooming. As forced stems bloom, they can be quite messy, but the mess is probably worth it.

Highlight: Daphne The small trusses of tiny, pale pink flowers of daphne, Daphne odora, really do not need to be too flashy with such powerful fragrance. Actually, the flowers might be considered to be less interesting than the glossy evergreen foliage. The most popular cultivar, ‘Marginata’, has a narrow ivory or pale yellow edge to each leaf. Each leaf is only about two or three inches long. Each domed flower truss is about as big as half of a ping pong ball. Daphne is sometimes grown to compliment and provide fragrance for boldly colorful but fragrantly deficient camellias.

Daphne is unfortunately notorious for being somewhat finicky. It likes rich soil and reasonably regular watering, but quickly rots if soil stays too damp or drains inadequately. The roots are quite sensitive to excavation. Partial shade is no problem. Yet, even the biggest and happiest specimens do not get much more than three feet high and five feet wide, and rarely live more than ten years. Daphne is toxic, and the sap can cause dermatitis.