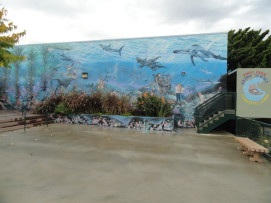 MALIBU—Point Dume Marine Science Elementary School (PDMSS) recently applied for charter status with the Santa Monica-Malibu Unified School District Board of Education.  On Thursday, December 2, the Point Dume Elementary charter application was denied by the board, citing costs, possible teacher layoffs and lack of diversity in the proposed school curriculum.

Point Dume currently operates under the public school umbrella, and recent fears of possible closure due to the smaller size of the student population as compared to larger district elementary schools have fueled the push to attain charter status.

The board voted 4-2 to deny charter status to PDMSS, with one board member abstaining.  Two of the board members voted against the initial motion to deny reportedly not because they supported the charter, but because they wanted to give petitioners and opportunity to address the issues raised by the board.  As board member Ben Allen said in a statement to Canyon News, “I did not vote in favor of the charter. I just voted against the initial motion to deny the charter (which ended up passing with four votes so the issue didn’t proceed further) because I wanted to give the charter petitioners the opportunity to answer whether they wanted to agree to a 30-day extension so as to be able to meet with the staff to figure out and attempt to reconcile the discrepancies between the staff’s report and the petitioners’ claims.”

Petitioners have said they will appeal to the Los Angeles County Board of Education.  As the petitioners’ attorney, Lisa Corr, has stated publicly, “If the school was closed prior, of course they are going to have concern about future closures.”  Corr references the closure of PDMSS in 1980 before the school was reopened in 1996.  As Corr explained, if current educational regulations are followed, chartering of PDMSS would be “encouraged.”

Responding to claims by petitioners that cost calculations and warnings of teacher layoffs were exaggerated, a source at the district released a statement denying the accusations, alleging that school closure fears are not valid.  According to the source, “There were several areas that were a concern in the document that was presented.  For example, attendance projections were inflated, unrealistic, and the document didn’t describe recruitment adequately.”  The source continued, saying, “The petition relies heavily on community support, depending almost entirely on donations.  Point Dume is small but affluent.”  Canyon News asked the source why community support as means of funding was not considered valid.  As the source noted, “They do have experience raising money, but we looked to see if existing fundraising would support planned expenditures.  They had included revenue, but not expenditure.  They would have had to double commitments.”  In the words of the source, “the charter was not viable from a financial perspective.”

Addressing the claims of the petitioners that rumors of teacher layoffs were exaggerated, the source noted that “there is no reason if the charter went forward for layoffs.  Employees move when charters are approved.  Right now, employees continue to be district employees, but if chartered, the potential for layoffs is there.”  The source compared the potential effect on employment to a “domino effect,” but said that the possibility of layoffs was “not an influential factor in the reason to deny.”

Finance was not the only critique of the Point Dume charter proposal. Corr believes that the board’s claim that the curriculum is not adequate is counter-intuitive, since this would disparage current teachers who have contributed to the writing of the proposed curriculum, in essence disputing their ability to do the job they are currently paid by the state to do.

If the Point Dume charter was approved, little would change in the day-to-day operation of the school.  The school would still answer to a local, state, or federal entity, depending on which agency or board approved the charter.  Charters can be approved at several different levels.

If approved, a school board comprised of parents and at-large community members would operate the school, including academics and finances.  The school would be audited twice a year, and due to generous federal incentives provided to charter schools, revenues are projected to markedly increase within the first two years.  Charter status would be a net credit to local coffers, if petitioners’ calculations are to be believed.

The report compiled by board staff advanced an alternative series of calculations, saying that chartering PDMSS would cost the community $400,000.  These figures were disputed in a rebuttal.  Board members later expressed frustration at the lack of deliberation time to consider the competing figures.  Board member Jose Escarce later remarked that, “The ability to raise funds in this community is unquestioned.”  If Escarce is correct, then the revenue projections of petitioners may not be inaccurate.  Escarce voted against the charter.

The decision of the Santa Monica-Malibu Unified School District Board of Education is not final, and there are several other options for those in favor of chartering PDMSS.