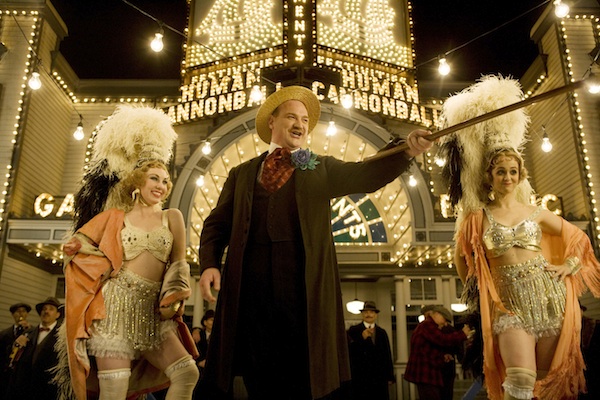 HOLLYWOOD—“The Emerald City” was the title of Sunday night’s “Boardwalk Empire.” The show that has captured the attention of the nation is down to just two more episodes before the shocking and exciting finale airs.

On Sunday Nucky asked Margaret to toe the party line. It is becoming increasingly difficult for Margaret to just take Nucky’s orders and on Sunday a slight rebellious streak within her began to show itself to viewers. She did however endorse the Republican candidate for office that Nucky ordered her to do, but not before telling Nucky that she has growing doubts about the situation she’s being put in.

Angela (Aleksa Palladino) witnessed Jimmy’s violent side, which has become unbearable since returning from WWI. Capone (Stephen Graham) faced a crossroads, and his choices did not seem proper to the audience. Van Alden (Michael Shannon) grappled with his emotions. He still lusts for Margaret, but also seems destined to fight his sexual impulses.

“The Emerald City” was written by Lawrence Konner, and directed by Simon Cellan Jones.

“Boardwalk Empire” airs on Sunday nights at 9 p.m. on HBO.