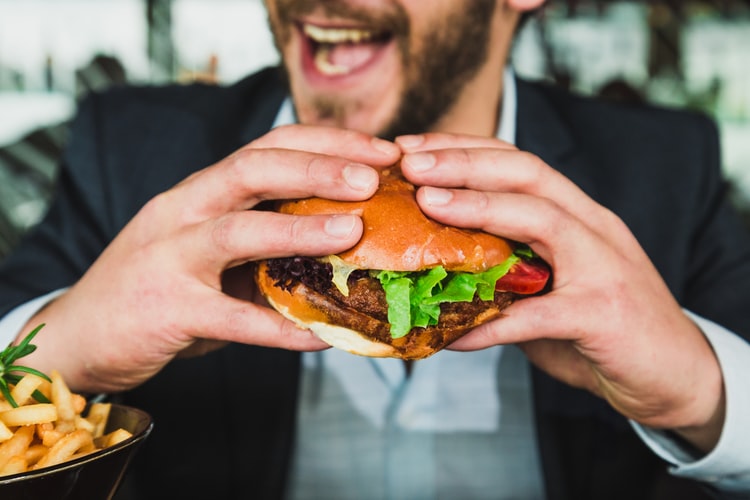 UNITED STATES—I know I am not the only person who does not consume three meals a day. Yes, we have all been told since the dawn of time that we should eat breakfast, lunch and dinner, with three snacks in between. Hmm, I wonder how many Americans actually do that besides kids. I will admit I’m not a major breakfast eater. The notion of cooking breakfast just never registers for me especially if I have to work which is 6 out of the 7 days in a week.

I rather have something quick like a piece of fruit, a muffin, a granola bar or something I can take on the go people. With that said, I wanted to pose the question to the people, what is your go to meal. This is NOT saying I only indulge in one meal a day because if I were to do that I would be running on empty nearly everyday people. However, if I decide to cook a big breakfast, I tend to skimp a bit on lunch and then recover on dinner. When I say recover, I do not mean a massive meal because then you’re overindulging in calories and eating more to make up for a missed meal.

That is not smart America. However, if you told me to choose a meal that was important for me to move forward with my day with energy and satiation it would be lunch. Yes, I know so many people are going to argue breakfast matters and it does, it gives you the fuel for the day, I just don’t have the energy to cook something last longing for several hours. I think that actually holds true for most Americans unfortunately.

We want to grab something quick and on the go. Oatmeal is NOT a bad idea, especially oatmeal in a cup that has become a trend. Eggs are great, because it provides protein if you’re looking to not eat meat. However, when it comes to lunch I think the options are a bit extensive. You can have a soup, salad and a sandwich. You can have chicken, beef, pork and a host of other dishes, you can be a bit more creative with the dish you craft and provide yourself carbs to keep you moving throughout the day.

I guess that would also depend on the time that you choose to eat lunch. Most might think 11, some might say noon; it might be 1 or 2 p.m. It all centers on your lunch break at work. Some get it a lot sooner than others. Try to stay away from the fast food if possible, but if that is NOT an option than the goal is to go for something not too heavy. You don’t want to consume a meal that is going to put you to sleep or make you sleepy you want energy moving forward people.

Then there is good ole dinner. I do know people who distinctly eat light during the day to have a massive meal at the end of the day. I would argue it has it pros and cons. The pros: you get a big meal that will keep you satiated until the following day. At the same time you can eat so much, it can make you a bit ill as you head into the night and the following morning.

In addition, you have to think about all those calories that you consumed that you are NOT likely to burn off as a result of the final meal taking place near the end of the day. If there is one thing we all know, no one really wants to exercise after eating a major meal, if anything you’re ready for a nap. So rather, its breakfast, lunch or dinner that is your big meal of the day, you have to balance things out during the day so you don’t overeat, but at the same time small meals go a long way and help you keep balance.