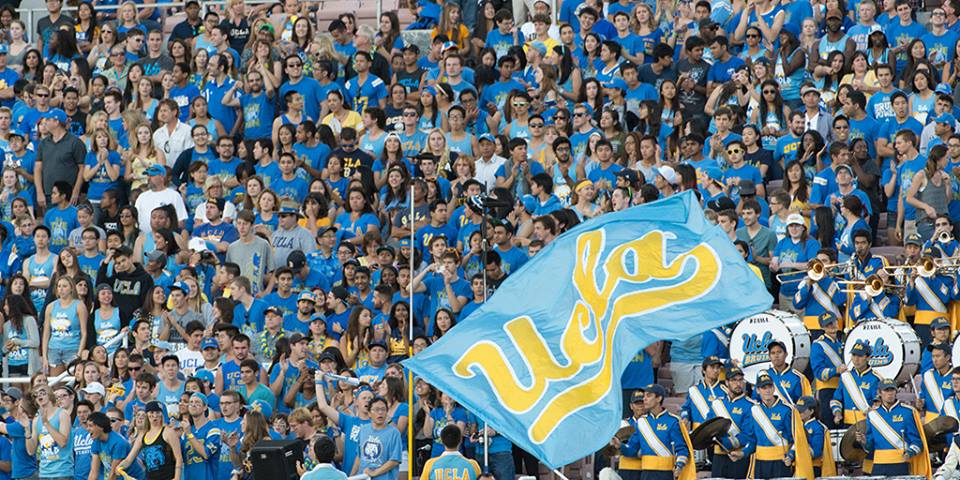 PASADENA—The UCLA Bruins fought valiantly and hard on Saturday, but it wasn’t enough to stop the Oregon Ducks who captured a win 42-30.  At times the game seemed to favor the Ducks from the start, but the Bruins did do their best to fight back to add another victory in the win column.

The Ducks placed the first points on the scoring board leading the Bruins 8-0. The Bruins would have to respond quickly in the second quarter to prevent themselves from falling further behind. With a field goal completed, the team was still behind 21-3. A touchdown by UCLA Quarterback Brett Hundley cut the Ducks lead. At half-time the Ducks were still in control of the game 21-10.

The Ducks put a tight grip on the Bruins defense in the third quarter keeping them scoreless as they added two touchdowns to their scoreboard giving them a 35-10 lead. The game looked like a blowout for a moment, but the Bruins would see a surge in offense in the fourth quarter as they did their best to come from behind for a win. The team scored three touchdowns to cut the Ducks lead to 12, but they weren’t able to take out the competition.

Hundley completed 19 of 29 passes in the game and for a total of 115 yards. The Bruins rushed for a total of 328 yards, while Oregon had a total of 258 yards in the game. The big issue that UCLA has to work on is the number of points scored by their opponent on turnovers. The Ducks was able to net 30 points in the game from turnovers from the Bruins. With a record of 4-2, the Bruins will face the California Golden Bears in Berkley on October 18.