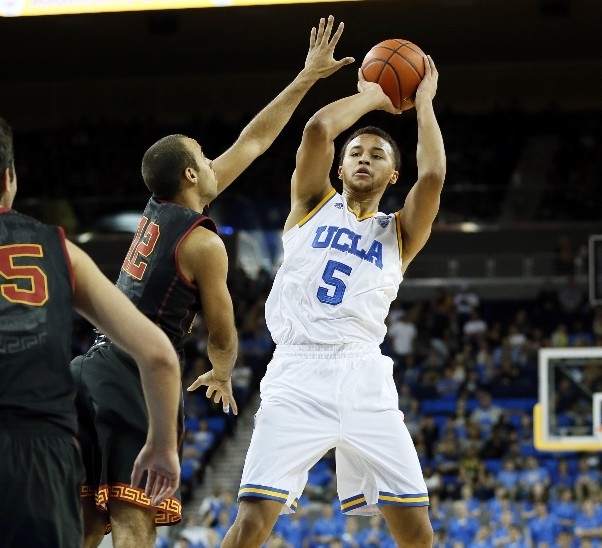 WESTWOOD—The Bruins held control of the ball from start to finish as they showed their rivals a thing or two about who runs Los Angeles. UCLA outscored USC by an average of 17 points to win at Pauley Pavilion Sunday afternoon. Bruins forward Kyle Anderson scored 23 points with Jordan Adams, Zach LaVine and Bryce Alford in their supporting roles of double-digit scoring.

With the Bruins having a lot to prove at home, they began the game scoring 11 points and later went on an 18-9 run over their opponents in the first eight minutes. Anderson scored six of his seven shots with two from the 3-point line, recording 14 points in the first half. After twenty minutes, UCLA outscored the Trojans 56-32, with a 38-14 run from the Bruins’ top five.

The second half fared better with UCLA exploding with a 24-point margin in the first nine minutes that left USC still at the drawing board. By the middle point of the second, the Trojans made their biggest lead with a 12-3 run, but their efforts went silent in front of the Bruins’ faithful. David Wear took it upon himself to help out the UCLA offense with seven rebounds in the second half, giving the Bruins their biggest lead of the game with 38 points.

Trojans guard Byron Wesley recorded 21 points, nine rebounds and two assists. Despite his best efforts for the team, the Bruins weren’t going to be embarrassed by their rivals. UCLA improved to 12-2 in their victory of PAC-12 contention. Their biggest challenge will come against Arizona who currently sits as the best team in the nation.