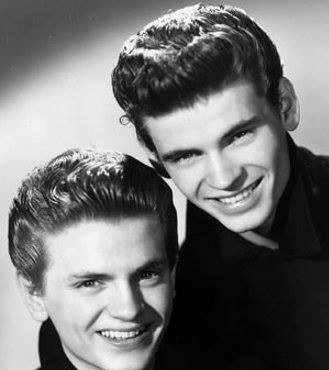 LOS ANGELES—Phil Everly, the younger brother hitting the higher notes of the rock duo “The Everly Brothers” died Friday due to complications from chronic obstructive pulmonary disease at a Burbank hospital. On the Everly Brothers official website, it was stated that the 74-year-old dealt with a long battle of smoking.

As half of the famous rock duo, his brother Don both wrote famous songs like “Wake Up Little Susie,” “All I Have to Do Is Dream” and “Bye, Bye Love.” Making their start on shows like “American Bandstand” and “The Ed Sullivan Show,” the Everly Brothers became instant sensations in the late 50s and early sixties.

The guitar playing pair became inspirations for the Beatles, Simon and Garfunkel, and Linda Ronstadt. As the pair began their careers, they played songs that made the Top 10 list every four months. “Wake Up Little Susie” was banned from being played in some areas because of its suggestion of mischief and adolescent promiscuity. One of their biggest singles was “Cathy’s Clown” that put them in a rank all by themselves with a harmony that became memorable when it hit the airwaves.

Nancy Sinatra who once toured with the brothers wrote on Twitter saying, “Phil Everly is gone. Touring with Phil and Don was one of the thrills of my life.” Paul Simon, of Simon and Garfunkel said of the pair, “Phil and Don were the most beautiful sounding duo I ever heard,” “Both voices pristine and soulful, part of the birth of rock n roll.”

The Everly Brothers have become a set of voices easily recognizable to fans that grew up with them for decades, but for his brother Don a mood of sorrow now follows him. “I always thought I’d be the one to go first,” Everly said in a statement to the Associated Press. “The world might be mourning an Everly Brother, but I’m mourning my brother Phil.”

Phil Everly is survived by his brother and mother Margaret Everly, and his wife Patti, sons Jason and Chris, along with two granddaughters.