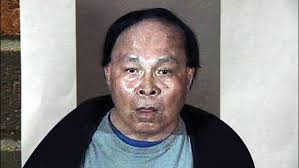 WESTWOOD—On Monday, April 12, UCLA police arrested the suspect involved in the sexual attacks that have been occurring since early March.

Calixto Marcellana Nitro was arrested at approximately 6:20 p.m. for suspicion of sexual battery and misdemeanor.

According to a news release from UCLA, officers from the Westwood campus observed 63-year-old Nitro in Stein Plaza on Westwood Boulevard, attempting to grab a potential victim’s “private area.”

“Nitro is believed to be responsible for seven incidents of sexual battery reported from March 8 to April 7,” said Phil Hampton to Canyon News. “In these incidents, the suspect appeared to purposely wait in the path of a female victim who was distracted; talking on a cell phone, for example. As the victim approached, he reached out with his hand and grabbed the victim’s crotch.”

Hampton said that Nitro was released from prison, with a written promise to appear in court. “A hearing is set for May 12, at the Los Angeles Superior Court Airport Courthouse, Department 141.”

Nitro’s arrest follows a separate campus crime that occurred on the early morning of March 31. Thaddeus Staniforth, 25, was arrested on April 2 and faces charges for kidnapping and assault.

According to the UCLA Police Department, a female student walked outside Delta Terrace to use her cell phone after 3:25 a.m. “As she attempted to return to the residence hall, Staniforth grabbed her from behind, forced her to an isolated location, pushed her to the ground and straddled her. He suddenly ended the assault and walked away,” said Hampton.

Hampton told Canyon News that while the string of sexual batteries and attempted rape on campus are not related, authorities are working closely with students to assure their safety.

“Students are encouraged to utilize escort services, walk only in groups at night, stay in well-lit areas and remain aware of surroundings,” said Hampton.