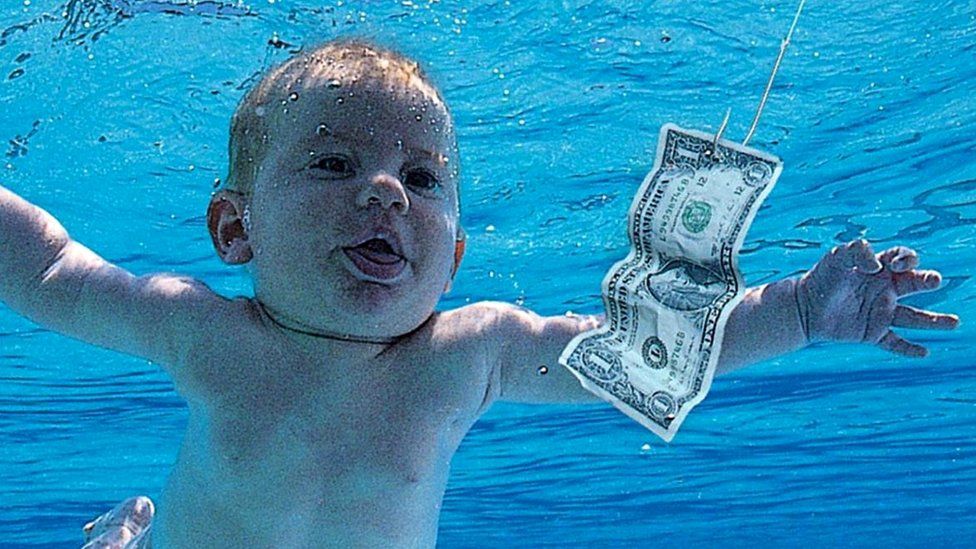 HOLLYWOOD—Celebrities usually have plenty of money, so being sued is perhaps not a huge burden on them, compared to the average Joe. Some even have funds set aside for all the frivolous lawsuits they have to battle with. Most people consider it an honor to be compared to a famous celebrity. Some people even take advantage of the mix-up, and have a little fun signing autographs and taking pictures.

This was not the case with Allen Heckard’s experience after being repeatedly mistaken for one of the world’s most famous basketball players- Michael Jordan. Apparently, people would approach him frequently for autographs, that it disturbed his quality of life. Instead of explaining politely that he wasn’t Michael Jordan. Heckard decided to sue Michael Jordan for $52 million, citing defamation of character. He also went after Nike’s founder Phil Knight, for helping turn Michael into household name.

Who remembers the cover of Nirvana in 1991, a baby on the album cover in a swimming pool? More than 30 million copies of “Nervermind” have been sold worldwide. Spencer Elden, the man who was photographed as a baby on the album cover for Nirvana’s cover, is suing the band alleging sexual exploitation. The cover depicts Elden as a four- month- old in a swimming pool, grasping for a dollar bill that’s being dangled in front of him on a fishing line.

Elden, now 30, says his parents never signed a release authorizing the use of his image on the album. It took this long to realize that? He also alleges the nude image constitutes child pornography. According to the California claim, the images exposed Spencer’s intimate body parts, from the time he was an infant to the present day. Elden’s lawyer, Robert Y. Lewis, argues that the inclusion of the dollar bill makes the minor seem exploited. The legal case also alleges that Nirvana had promised to cover Elden’s private parts with a sticker, that the agreement was not upheld.

Elden alleges his true identity and legal name are forever tied to the commercial sexual exploitation he experienced as a minor has been distributed and sold worldwide from the time he was a baby to the present day. He claims he ‘‘has suffered and will continue to suffer lifelong damages” as a result of the artwork, including “extreme and permanent emotional distress” as well as interference with his normal development and educational progress” and medical and psychological treatment.

He is asking for damages of at least $150,000 from each of the 15 defendants, who include surviving band members Dave Grohl and Krist Novoselic; the managers of Kurt Cobain’s estate, Cobain’s former wife Courtney Love; and photographer Kirk Wedlle. Reps for Nirvana and their record labels have yet to respond to the claims, according to published reports.

Elden  recreated the album cover several times as a teenager and adult-always wearing swimming trunks-to mark “Nevermind’s” 10th, 20th and 25th anniversaries. However, he has sometimes expressed ambivalence about the photoshoot. In 2016, he told Time magazine that he “got a little upset” about his notoriety as he grew older. In 2008, Spencer’s father Rick recounted the photo shoot to US radio network NPR, saying he had been offered $200 to take part by Weddle, who was a family friend.

The family quickly forgot the photoshoot until three months later, they saw the “Nevermind” album cover blown up on the wall of Tower Records in Los Angeles. Two months after that, Geffen Records sent 1-year-old Spencer Elden a platinum album and a teddy bear. The album, which included the hits “Smells Like Teen Spirit,” “Come As You Are” and “Lithium,” went on to sell 30 million copies around the world. Back in 2019, Weddle said he was still in contact with Elden and acknowledged he was conflicted about the picture. He feels that everybody made money off it and he didn’t.