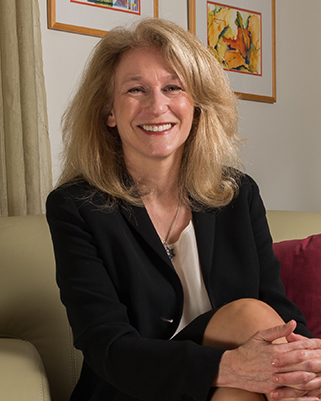 WEST HOLLYWOOD—On December 21, the city swore-in Lauren Meister as the new West Hollywood’s Mayor Pro Tempore. The meeting took place over a teleconference call to comply with the Covid-19 health and safety guidelines.

For those that wish to view the oath into office and the City Council meeting can be accessed from the city’s website and WeHoTV YouTube Channel.

”She also initiated an item to take steps to prohibit West Hollywood City Hall from doing business with entities that provide financial or other benefits to President Trump and she worked to develop socially conscious banking policies,” stated Joshua Schare, the City of West Hollywood Communications Manager to Canyon News.

With two decades of neighborhood advocacy Mayor Pro Tempore Meister was elected to the West Hollywood City Council in March 2015. Her involvement with the city first started as the West Hollywood neighborhood watch captain, a member of the “CERT” LASD Community Emergency Response Team, and she even attended West Hollywood Sheriff’s Community Academy. She went on to lead one of the biggest neighbor associations within the city, where she represented residents on public safety, traffic circulations, along with parking and developments.

”All five members of the West Hollywood City Council represent continued excellence in leadership on the City Council for the City of West Hollywood’s residents, businesses, visitors, and community members. At only 1.9 square miles, West Hollywood is a robust economic and cultural center instilled with idealism, creativity, and innovation. A spirit of community activism and civic pride thrives in West Hollywood its approximately 35,000 residents. The City’s leadership is committed to maintaining the City’s strong progressive political voice and deep engagement in the community’s well-being,” Schare told Canyon News.

Some other contributions include increasing the community engagement, creating the Public Access Defibrillation (PAD) Program, educating the public on safety issues pertaining to children and pets, embracing and promoting historic resources and, raising the bar on design standards, environmental programs and sustainability overall.

Meister supports the preserving of the Affordable Care Act (ACA) along with protecting immigrant and refugee communities.

Prior to the election, Meister spent time serving in numerous commissions and committees all under West Hollywood. Some of the organizations she was involved in included the Planning Commission and Public Safety Commission. As Mayor Pro Tempore, she helped mitigate traffic and parking impacts of new and proposed projects throughout the city. Some of her projects included coming up with solutions to help local businesses and the creation of the City’s “Live, Work, Play, Be Safe” campaign.

In 2013, Mayor Pro Tempore Meister had a chair in the decision of  “Yes on Measure C,” which limited city councilmembers elected on or after March 2013 who are not allowed to do more then three full terms or partial terms for the West Hollywood City Council. Meister has her own marketing research firm located in West Hollywood.

“As a businesswoman and market research professional, she listens to public opinion to form action-oriented solutions, understands the importance of budgets and resources, and believes that the City must provide good customer service and be accountable,” states a press release from the city.