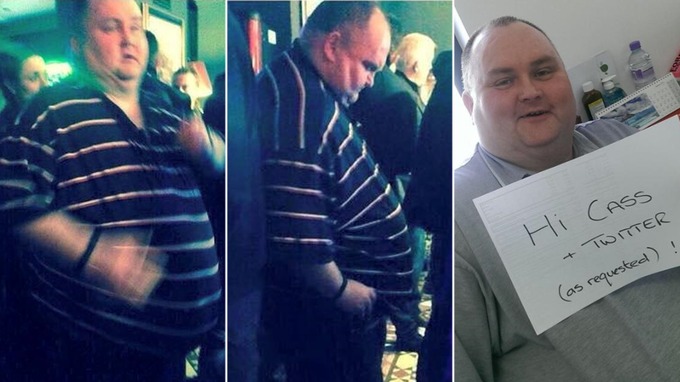 HOLLYWOOD—A social media movement ended in the form of a Hollywood dance party on May 23.

Sean O’Brien, who is known on social media as the “The Dancing Man,” took the dance floor at the Avalon Hollywood alongside a handful of celebrities in hopes to raise awareness of cyber bullying. More than 1,000 people attended the party including musician Andrew W.K., actress Tatyana Ali, DJ Moby and Monica Lewinsky, who has spoken out about her own experiences with internet bullying.

The 47-year-old Englishman appeared on “The Today Show” on Sunday in New York City and threw the first pitch at the Los Angeles Dodgers game. Burlesque dancer Dita Von Teese then picked up O’Brien Monday in her 1953 Cadillac and the pair went to eat a taco lunch.

“To the Twitter world,” said O’Brien, “Thank you for being interested and making this what it is.”

O’Brien became an internet sensation after a photo of him dancing was posted online under the caption, “Spotted this specimen trying to dance the other week. He stopped when he saw us laughing.”

A Kickstarter campaign raised money to pay for his travel from Liverpool to Hollywood for the party, which was reported to have raised $70,000 for anti-bullying charities and positive-body-image programs in the U.S. and U.K.

“Just think there’s always so many good people in the world,” said O’Brien. “There are far more good people than bad. Just look at what’s good about you rather than worrying about what people think is bad about you.”