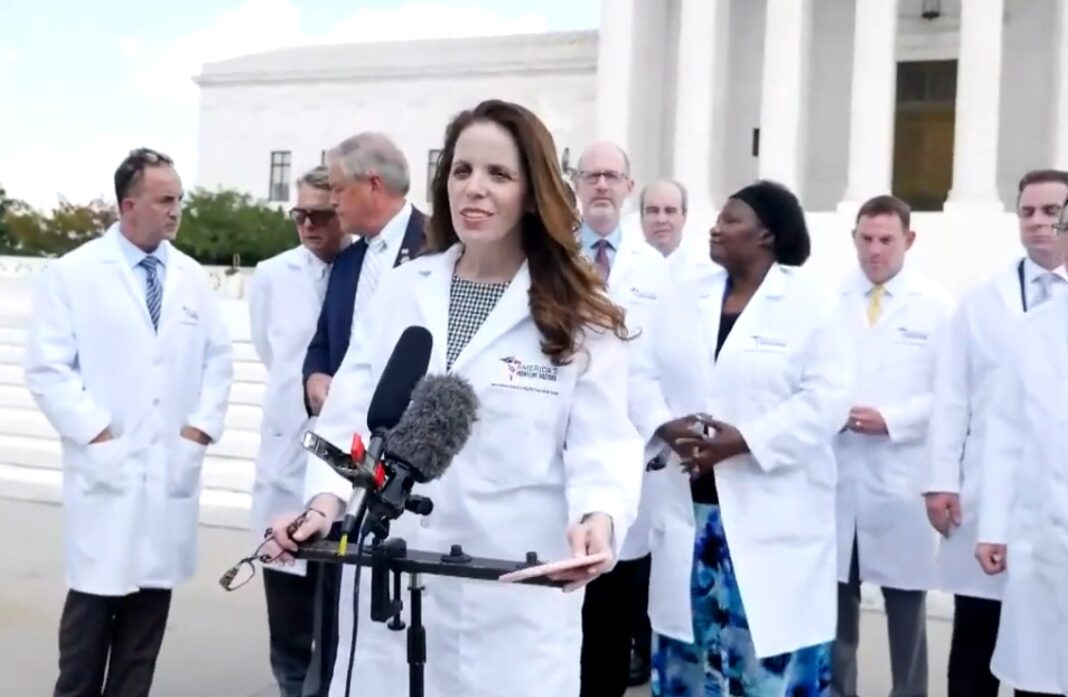 UNITED STATES—Dr. Simone Gold, a board certified emergency physician who appeared in the hydroxychloroquine viral video and led “America’s Frontline Doctors,” has lost her job, according to a report by FOX News on July 30.

Dr. Gold said she was fired from her job because of the media slander. The hydroxychloroquine video, a 45-minute livestream of the first day of a “White Coat” summit by the group, was posted to Facebook, Twitter and YouTube by Breitbart and quickly went viral on July 28. It was viewed over 17 million times on Facebook. After that, this video was taken down by social media companies because they considered it misinformation.

Dr. Gold, an Emergency Medicine Specialist in Los Angeles, started the conference for the video by saying, “we’re here because we feel as though the American people have not heard from all the expertise that’s out there, all across our country…We’re America’s frontline doctors, we’re here only to help American patients, and the American nation.”

A FOX News anchor said, “some of those views were optimistic—that would hurt the Joe Biden for president campaign. And so they pulled it off the Internet and banned anyone from sharing it,” in their report on July 30. “Dr. Simone Gold was in that video…she was censored. But more than that, she was fired from her job, apparently for appearing in that video.”

The anchor asked Dr. Gold, “I’m interested in what their justification was; you’re a doctor treating patients in an emergency room. What does a video have to do with your work?”

Dr. Gold answered, “Of course it has nothing to do with my work…We’re seeing the doctor-patient relationship being completely eroded…governors are empowering pharmacies to overrule doctors who have conversations with their patients.”