UNITED STATES—There are millions of people in this world that could not imagine life without their dog and many of them were ecstatic to learn Pope Francis’s announcement that YES, all dogs go to Heaven.

Whether your canine’s job is to be a lovable pet, best friend, or a second pair of ears for the hypervigilant,  dogs have been a GAME CHANGING resource for humans for thousands of years.

The newest human job for canines taps into their ability to rebuild trust and heal the wounded soul, now being studied by the military to learn if they can be as helpful as they are to physically disabled veterans.

Traumatized dogs can develop canine PTSD, as was the case with Michael, a U.S. canine soldier who was considered a “brother” by his human, a decorated soldier who is also combating the disorder. Sadly, 3 months after the Washington Post reported about this pair, the dog was shot and killed by a fearful bicyclist.

Throughout the history of man, dogs have been used during wartime as dispensable decoys, bomb detectors, and even to get rid of dead enemy corpses.

Dogs are certainly not new to the having jobs during wartime!

During peacetime dogs still had a role for the American government: specially trained for drug or bomb sniffing, or used for experiments. I prefer not to think about the experiments, will only mention the horrible series of experiments done by researchers Martin Seligman and Steven Maier in 1967, because it shed breakthrough results that led to understanding learned helplessness in humans.

Military and experiments aside, there’s no shortage of writings about how dogs have been an invaluable resource to the elderly, disabled, soldiers, farmers, hunters, and police.

What about before that?

Going back to the 1700s and before, dogs were used for everything they are still used for now. It is said that dogs are the first domesticated animals, and it is no surprise to me that dogs are mentioned in nearly all religions.

We find several mentions of them in the bible, here’s one: “…even the dogs eat the crumbs that fall from their masters’ table.” Matthew 15:25-27. People were compared to a dog, negatively; like the dogs that lived outside of a city near dumps.

Below you will see what is believed to be the oldest beware of dog sign that we know of, “CAVE CANEM.” It can be seen on an unearthed 79 AD Pompeii floor!

Earlier is this 3 AD Hellenistic period CAVE ART, showing dogs that are being used for hunting:

Older cave art exists, like this cave painting in the Tassili n’Ajjer mountains in Algeria, dated to be from around 5,000 years old. In the end, the oldest undisputed account of domesticated canine that I could find is that of a dog buried with his owner 14,000 years ago.

There is more to read, though, such as this article that discusses the two cases of dog remains dated to be more than 30,000 years old…

I am sure if YOUR DOG could THANK YOU for saving them from being an experiment dummy, a fight dog, a traumatized military dog, or any other number of horrible places we find dead dogs: he or she would!

Don’t forget, they love GOOD HUMANS as much as we love them! 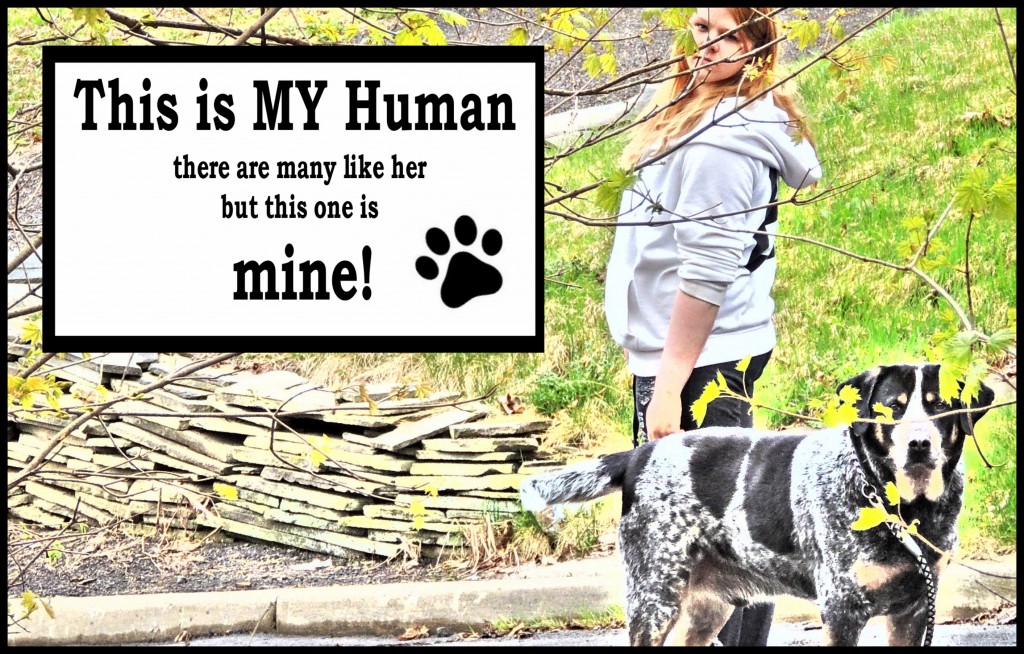 I do not usually do this, but a video going around facebook shows the usefulness of a DOG to PTSD survivors, and I must share: