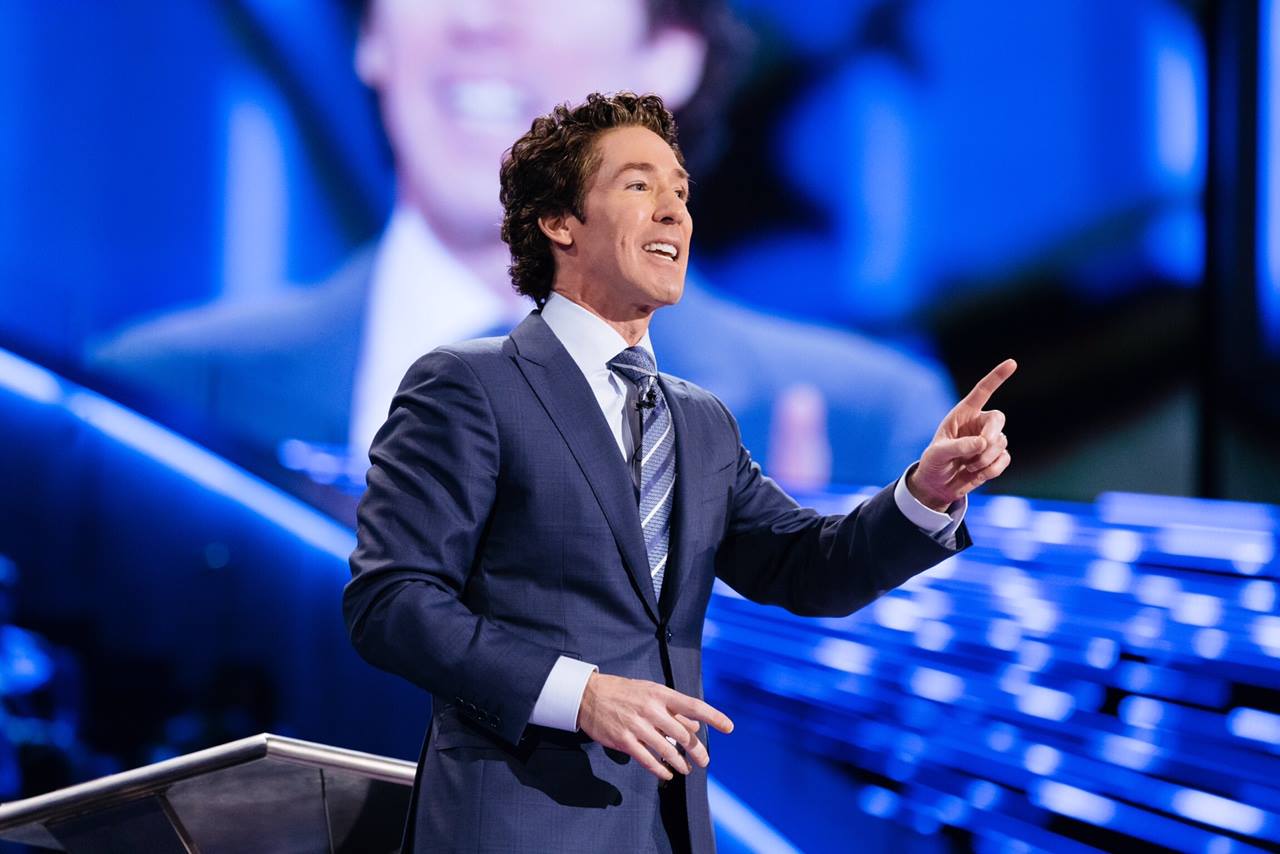 UNITED STATES—Who would’ve thought a rap song by HOPSIN would have me rethinking my pre-established theological beliefs: that church was really just the establishment of government in a lawless place thousands of years ago, a global reward and punishment system.

Now my own circumstances led me to relating to his message in Blessed By Your Enemies.

In honesty though, if not for the Ill Mind of Hopsin 8, I would have never sought out the answer to my question: who is at the end, with a wonderfully PSYCHOLOGICAL COMMON SENSE message, strong enough to help MANY?

Joel Osteen is known by some as the “smiling preacher” and one look at his father’s photo will show you the same kind face.

After my rash judgement that said YEAH, I would be smiling with that dough too, he’s an actor wearing a preacher’s coat, I took part in what my father used to call “load your mouth before you shoot it off!”

Boy am I glad I did.

In an excerpt from The Christmas Spirit, he mentions his paternal grandfather Willis Jackson Osteen, whose cotton farm lost everything including the “dirt” (land) during the Great Depression.

Then, to add to my suspicions, in one of his sermons Joel says: “Pastor John was raised up in a family that wasn’t religious/spiritual. He was the first one in their immediate family to honor God.”

This may give us a glimpse of the hard life that Joel’s father probably endured, as the son of a cotton farmer in a racially tense era and place. I imagine he witnessed the kind of atrocities that NO DOUBT fueled him to stand against inequality.

Imagine the bold spirit it would have taken for the son of a cotton farmer in Texas to start his own non-denominational church in a “predominantly African-American neighborhood.”

That is exactly what Joel’s father John Osteen did. His Lakewood church became known as AN OASIS OF LOVE, with its own large following, 1000s of members strong.

It seems that there will be haters everywhere and although there are few rumblings about this family, I think that the little idiosyncrasies can be summed up by what the family has been through. Not only the normal security-breaching fanatics known for stalking public figures, but his family must’ve been affected when his sister Lisa was hurt in an unsolved 1990 bombing.

These incidents WILL lead to lifestyle choices that will seem eccentric, but necessary for safety.

No matter. There will always be people on the side of good, like Phil Munsey, a pastor in California who claims to have traveled with the family for 10 years without seeing anything inappropriate.

To me it’s EASY to sum up the evolution of this seemingly great man: Joel Osteen.

Born to a hard-lived and beloved pastor. Raised with the kind of love we all dream of having. Attended Oral Roberts University (honed his smarts) like his father, walking in his father’s big shoes until it was time to go beyond, and blaze his own path to leave behind, essentially evolving his father’s legacy: not as a psychologist to God, but as one of God’s workers trying to uplift morale with psychology-like positivism, just like his father.

When people start mixing God’s word with a psychology it makes me think GOOD MIGHT PREVAIL.

I stand at the line between Agnostic Athiest and Agnostic Theist, forever trying to figure out what road to take: never able to relate to the awful behavior I have known from people who consider themselves religious, but keep on sinning as if religious attendance is a get out of hell free card.

I LIKE what Joel Osteen says in this world where you need to have a BIG PERSONALITY to promote a BIG MESSAGE. I feel like he is here to spread good-hearted common sense: prophecy your future…

It shows the psychology I have been preaching all along: children emulate their parents. Good parents inspire children who want to be just like theirs. Joel Osteen seems to be living proof!

For the record, Osteen’s message got to me BEFORE I read about the connection with Donald Trump.

BUT IT MAKES SENSE!

If Trump REALLY wants to make America great the first thing to combat is mental illness! It appears to me, as one of the many standing on the religious line, that the message Osteen is sending is really designed to make people feel good, look forward to good, go and DO GOOD!

What an inspiring message from a man that IS BELOVED by, well, with MASSES of people attending weekly sermons and millions of online fans.

Click here for the kind of positivity that I’m talking about!