As with everything else in this world of progression and technology, it seems there was a race in the late 18th century, to create the first motorized bicycle! The MOTORCYCLE!

This piece will provide a learning experience for me because the only thing I know about motorcycles is (1) there’s a huge group having their 76th annual Motorcycle Ralley in Sturgis, South Dakota this August, and (2) I once got a very bad burn on my leg that lasted a decade because I exited the bike the wrong way.

Pretty sure I’ll never get on one again, but that does not stop me from admiring the beauty of these machines or the natural daring personality it takes to ride one at a speed greater than 25 miles per hour!

So my curiosity starts with: who created the motorcycle?

Now this is really an unanswerable question. Germany, France, and America had versions in the works all at the same time, a time (might I add for any of you young people) when communications were not as advanced.

We will never know who exactly heard what from whom, upon which visit to where, but we know about some of the earliest versions on record.

Since the history of vehicles and engines is littered with claims from different countries, let’s look at the current definition of what a motorcycle is. According to Merriam-Webster the motorcycle is a: “vehicle with two wheels that is powered by a motor and that can carry one or two people.”

This means the 3-wheeled versions are out. 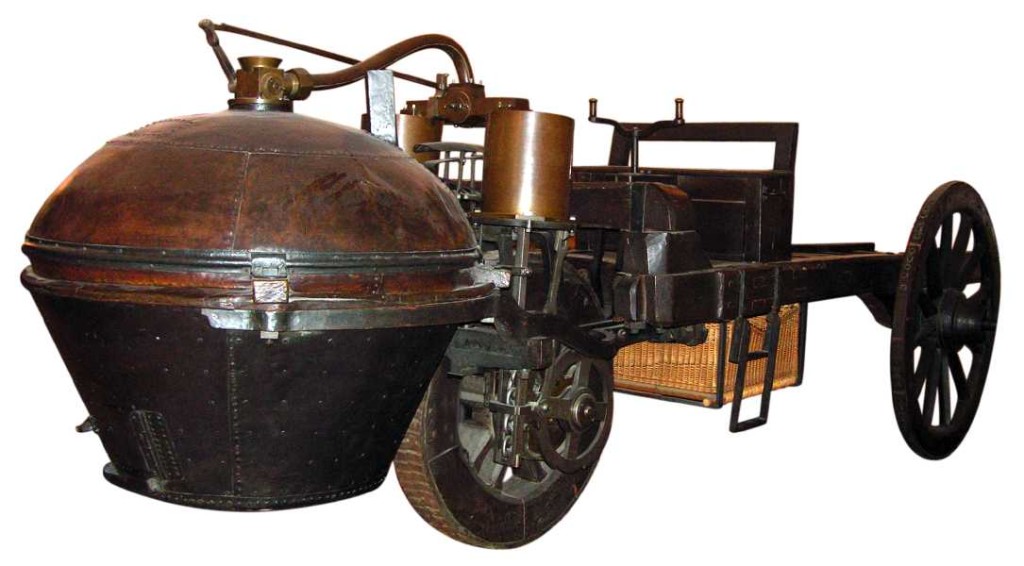 One thing is for sure, if not for the other FIRSTS that the Library of Congress lists as instrumental to the history of engines, the motorcycle may have never been created. We must give a mention to Nicolas-Joseph Cugnot of France who built the monstrosity you see to the right, the first 3-wheeled steam engine tractor in 1769!

Another Frenchman was working on it too, and the Michaux-Perreaux steam velocipede was created by Louis-Guillaume Perreaux, when he attached a small steam engine to a Pierre Michaux bicycle, submitting “one of the first” motorcycle patents in 1869. 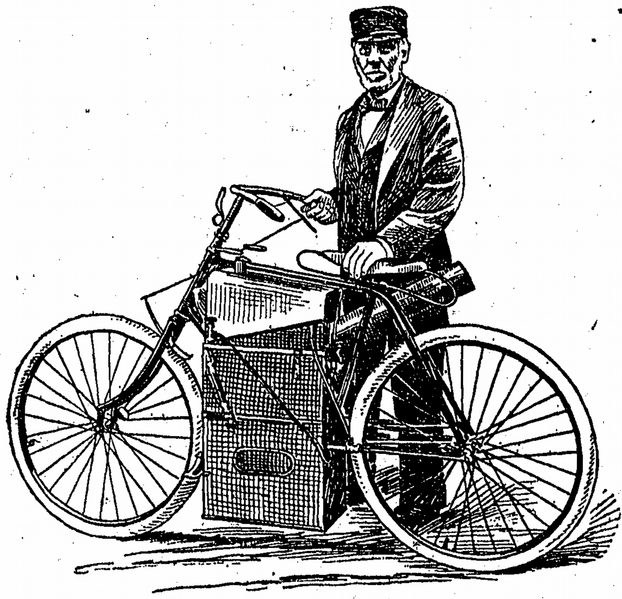 In America, we had our own inventor working on it. Sylvester H Roper of Massachusetts invented the Roper steam velocipede (left) not long after inventing his own steam carriage in 1869. I suppose we can call his velocipede the first motorcycle in America since it was a MOTORED CYCLE!

German historians say that the 1867-69 Daimler Reitwagen (right) was the true first motorized bike that led to the motorcycles we know today, because the others were: “steam powered two-wheelers.”

One thing is without a doubt: the bikes didn’t look anything like the motorcycle we think of today until 1894’s Hildebrand & Wolfmüller, seen below.

I really don’t think much matters after this because there were hundreds IF NOT thousands of people working on betterment of the motorcycle and it was at that time that a couple of young minds were no doubt observing the world’s fascination.

William Harley and Arthur Davidson were in their teens when the above motorcycle was released and it is easy to imagine that their youthful aspirations led to a quest for faster, coupled with a desire for success that could be owed to what Forbes points out: they were one of two motorcycle companies that made it through the Great Depression.

The Harley-Davidson website has an excellent timeline of events, and it does state that in 1918 “almost half” of the motorcycles produced were for the military.

Would you just look at this? The bike labeled NUMBER ONE, located at the Harley-Davidson Museum in Milwaukee, WI. 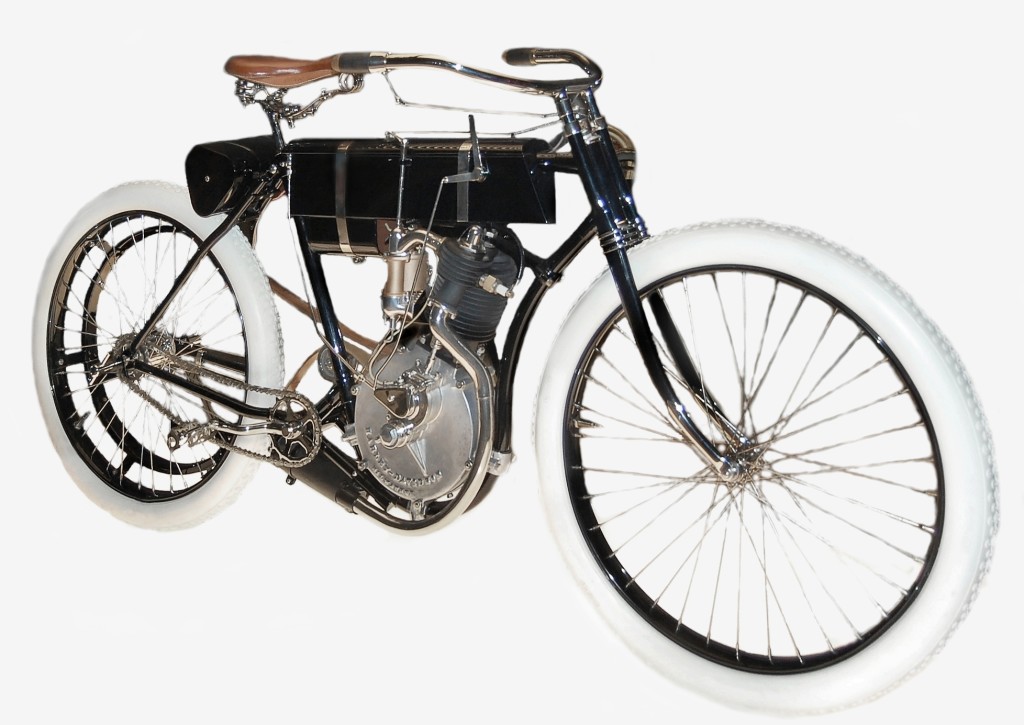 DRIVERS: let’s start the summer right by watching out for cyclists, and you RIDERS: do your safety diligence too!