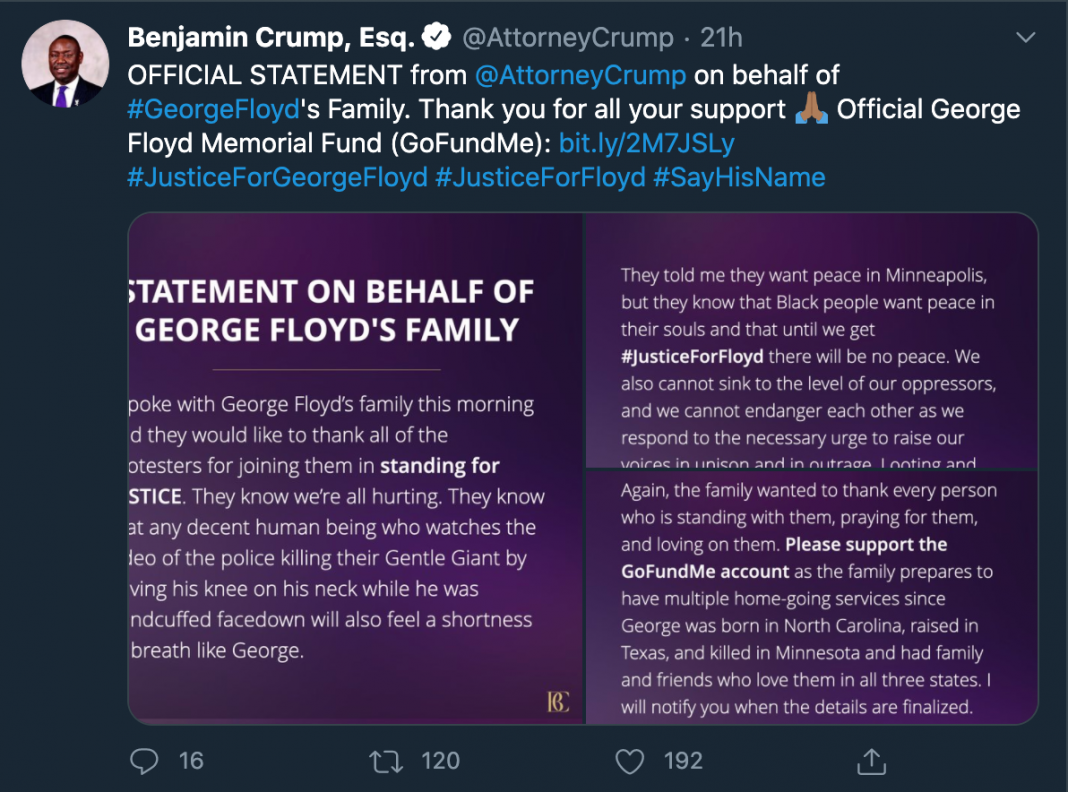 AMERICA — On Monday, May 25 an African-American man named George Floyd was murdered by a police officer during a protest in Minneapolis. Many cities in the US have since been hit by protests. The family of Floyd has been working hard to seek justice but has asked for peace on Thursday to end the riot.

On May 25, a white police officer who had the handcuffed, 46 year-old Floyd in custody killed him by kneeling on his neck for several minutes as Floyd pleaded several times that he could not breathe. The police officer who killed Floyd and three others were fired on Tuesday May 26. The police officer was criminally charged the next day by the mayor. Outraged by this incident, cities in the US like Minneapolis, Denver, New York and Oakland led protests against police brutality. In Minneapolis in particular, the third precinct police station has been seized by the angry protesters who set a fire on the entrance.

Donald Trump responded to these protests by threatening to bring in the national guard and calling the protester “thugs.” In New York, the police has used physical force to tackle protesters, as well as rubber bullets and tear gas. 40 protesters have been arrested and charged with civil disobedience.

On Thursday, May 28 the attorney Benjamin Crump presenting the family of Floyd gave a statement through Twitter. He thanked the protesters for seeking justice and asked for prayers and support for his family. The family of Floyd also asked for restoration of peace and for protests to be over as George would be saddened by the riot.