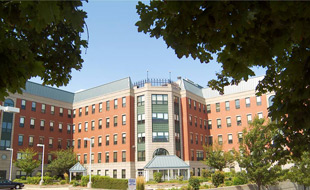 HANCOCK PARK —On Tuesday, May 18, State of California health regulators announced a $100,000 fine against a local nursing home, the Hancock Park Rehabilitation Center. The home was fined for improperly administering a nasal feeding tube and causing the death of an 84-year-old patient.

The ruling states Hancock Park Rehabilitation Center failed to follow policies and nursing procedures when it allowed a feeding tube to leak food into the man’s lungs, which led to the patient developing pneumonia. The report also states the condition caused the death of the patient in May 2008. The man was fed by a nasal tube while he recovered at the center from a fractured hip and prostate cancer, along with various other undisclosed ailments, stated the report from the California Department of Public Health.

He was admitted to an L.A. hospital emergency room with a nasal feeding tube in his lungs, prompting a complaint and an unannounced inspection of the center later that month. Canyon News contacted the facility, which referred calls to their press representative. “This incident, which we regret, occurred two years ago and because a formal appeal is in process, additional comment at this time would be inappropriate. We are proud of our services, and strive diligently to meet the needs of our residents whom we are privileged to serve,” said Dr. Melody Chatelle, spokesperson on behalf of Hancock Park Rehabilitation Center.

The fine is the highest and most severe penalty under state laws regulating nursing homes.