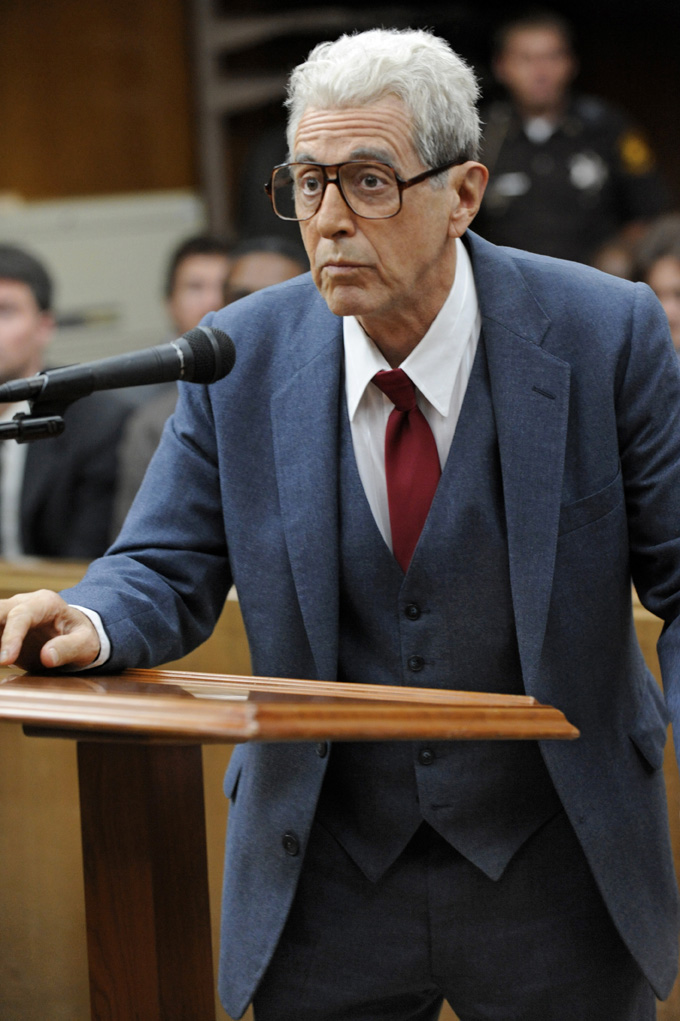 HOLLYWOOD —In 1990, Dr. Jack Kevorkian (aka Dr. Death) astonished the world as he took the end-of-life debate head-on with his “Mercy Machine” and performed his first assisted suicide. Starring OscarÂ® winner Al Pacino (EmmyÂ® winner for HBO’s “Angels in America”) in a film by OscarÂ® winner Barry Levinson (“Rain Man”), HBO Films’ “You Don’t Know Jack” is the story of one man’s obsession with challenging the rules by which we live and die, and his stubborn, heartfelt insistence on breaking the law to do so. The film also stars OscarÂ® winner Susan Sarandon (EmmyÂ® nominee for HBO’s “Bernard and Doris”), Danny Huston (HBO’s “John Adams”), EmmyÂ® winner Brenda Vaccaro (“Once Is Not Enough”) and EmmyÂ® winner John Goodman (“The Big Lebowski”).

“You Don’t Know Jack” is written by Adam Mazer (“Breach”). The film debuts Saturday, April 24, from 9-11:15 p.m. ET/PT, exclusively on HBO. “You Don’t Know Jack” offers a rare look at the man behind the sensational headlines, starting with his initial foray into patient consultations and the media frenzy that ensued. One of the most polarizing figures in modern American history, Kevorkian (Al Pacino) and his allies —sister Margo (Brenda Vaccaro), friend and medical supplier Neal Nicol (John Goodman), Hemlock Society activist Janet Good (Susan Sarandon), and defense attorney Geoffrey Fieger (Danny Huston) —dedicated themselves to a cause fraught with legal and ethical hurdles, not to mention the real possibility of long-term imprisonment.

The story begins in 1989 as 61-year-old former pathologist Dr. Jack Kevorkian launches his crusade to provide what he considers to be a humane and dignified option for the terminally ill ”“ assisted suicide. Aided by loyal friend Neal Nicol and older sister Margo Janus, Kevorkian begins offering “death counseling” services to a grateful and burgeoning clientele. He earns the support of Hemlock Society activist Janet Good and the wrath of the county prosecutor’s office.

Talented and flamboyant attorney Geoffrey Fieger agrees to represent Kevorkian in court at no charge, and Jack is repeatedly exonerated, despite the impassioned efforts of his detractors. As the media catapults him to the forefront of national news coverage, Kevorkian continues his work, helping 130 patients end their lives. Provocative, obstinate and complex, Jack risks it all in his fervor to challenge the prevailing laws, with self-determination at the core of his beliefs. His ultimate goal: to argue a constitutional right to die before the U.S. Supreme Court.

Principal photography was completed in New York, with additional filming in and around Detroit. The task of bringing to the screen the behind-the-headlines story of one of the most controversial, and perhaps most misunderstood public figures of the modern day fell to an award-winning team of filmmakers and actors. “I think a lot of people have the wrong impression about Jack Kevorkian,” says director Barry Levinson. “He only exists through little sound bites, so there’s very little known about the man, his private life, his relationships, etc. We’re not trying to glorify the character, but we’re trying to give a human portrait of the man ”“ what he was about, how he thought, how he viewed the ethics of it all.”

Adds executive producer Lydia Pilcher, “Jack Kevorkian was a lightning rod for an issue that really is universal and more relevant now than ever. What we’ve tried to do in the story is to show all avenues into the debate. We have the opposition from the religious right and the disability movement, and the opposition within the medical profession. We have 70% of the population who supported what Jack was doing, and of course the patients who considered Jack their Angel of Mercy. For better or for worse, Jack forced the medical establishment and the general public to take a hard look at how end of life issues are managed.”

Writer Adam Mazer tells Canyon News, “I don’t think it’s about sympathizing or empathizing with Jack. I think it’s about understanding him ”“ the choices he made, who he was. I think we show a very honest portrayal of the man ”“ his foibles, his strengths, his weaknesses and his flaws.”

HBO insists to Canyon News that great care was taken to treat the subject matter with dignity and truthfulness, backed by extensive research and interviews with the individuals who were involved, and with Jack himself. The fact that Kevorkian is still very much alive at age 81 made it imperative to the filmmakers that his story be told with a sense of respect and responsibility in an honest, unflinching way.

While Kevorkian was serving his nine-year prison term, executive producer Steve Lee Jones began developing a movie about him and contacted Kevorkian’s longtime attorney, Mayer Morganroth. “This is a story that no one knows,” says Jones. “It is a tale that has many layers, many emotions. It’s controversial, it’s epic in many ways, and it’s something that is gripping this country in terms of the importance of rights.”

Commenting on the film, Jack Kevorkian says, “I consider it an honor, of course. I like the attention and all that, but it’s not to the magnitude it would be if I were younger. When you’re older, you’ve seen it all and you take more in stride whatever happens.”

This film is something that all Americans should watch. It involves a subject almost everyone will have to deal with at some point in their life with a relative, spouse or perhaps their own life. Al Pacino is so believable as Dr. Kevorkian that he surprised the doctor himself when he saw him for the first time on the screen during a private screening. Al Pacino’s certainly going to land an Emmy for this amazing performance. John Goodman, who also stars in HBO’s “Treme” is equally as enthralling in the role. Check air times in your location. The film is a masterpiece.