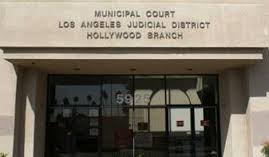 HOLLYWOOD—Merose Action, Melroseaction.com, reports that budget cuts that are threatening to shut down the Hollywood Courthouse could negatively affect public safety.

As the site states, the proposed closure of Hollywood’s Los Angeles County Courthouse could seriously impact both the Los Angeles Police Department’s Hollywood and Wilshire Divisions, and make the Hollywood/Melrose community more vulnerable to crime.

The LAPD could lose a vital part of their enforcement if filed cases are referred to the courthouse in the downtown area, where judges are believed to have a limited understanding of the dynamics and trends in the Hollywood area. Reportedly, Hollywood cases that are brought downtown are not taken as seriously, and that those who commit crimes may return to the Hollywood/Melrose Area without as much fear of being penalized by a court system that is already overwhelmed by court cases and not as much in tune to crimes in Hollywood.

Kerry Morrison, the executive director of Property Owner’s Alliance, and the manager of the Hollywood Entertainment District, told Canyon News that the proposal to close the Hollywood Courthouse would significantly affect Hollywood’s quality of life, because the judges and attorneys who staff the Hollywood courts understand the city’s unique needs.

“The Hollywood Community Courthouse is a key component to Hollywood’s economic revival,” Morrison told Canyon News. “We’ve had trespassing, aggressive begging, drinking, and chronic inebriates who have been arrested dozens of times during a given year. Hollywood courts tailor the punishment to address the problem. If these cases are transferred Downtown, these cases will not be taken as seriously. LAPD will also have to travel all the way to these Downtown courts, which would be detrimental to the city because they are needed to patrol the area. It could also place a tremendous inconvenience on local witnesses.”

Another concern that the proposal raises is that LAPD officers who are needed to patrol the area in the Hollywood/Melrose community will be ordered to testify in courts, where they are usually made to remain for hours while waiting to be called.

The Melrose Action group requests concerned individuals to please support Melrose Action Neighborhood Watch by writing a letter about the potential hazards that the Hollywood Courthouse’s possible closure could bring to the community.  The Web site presents a sample letter that could be written to the appropriate contacts, which are listed as follows:

Los Angeles County Board of Supervisors