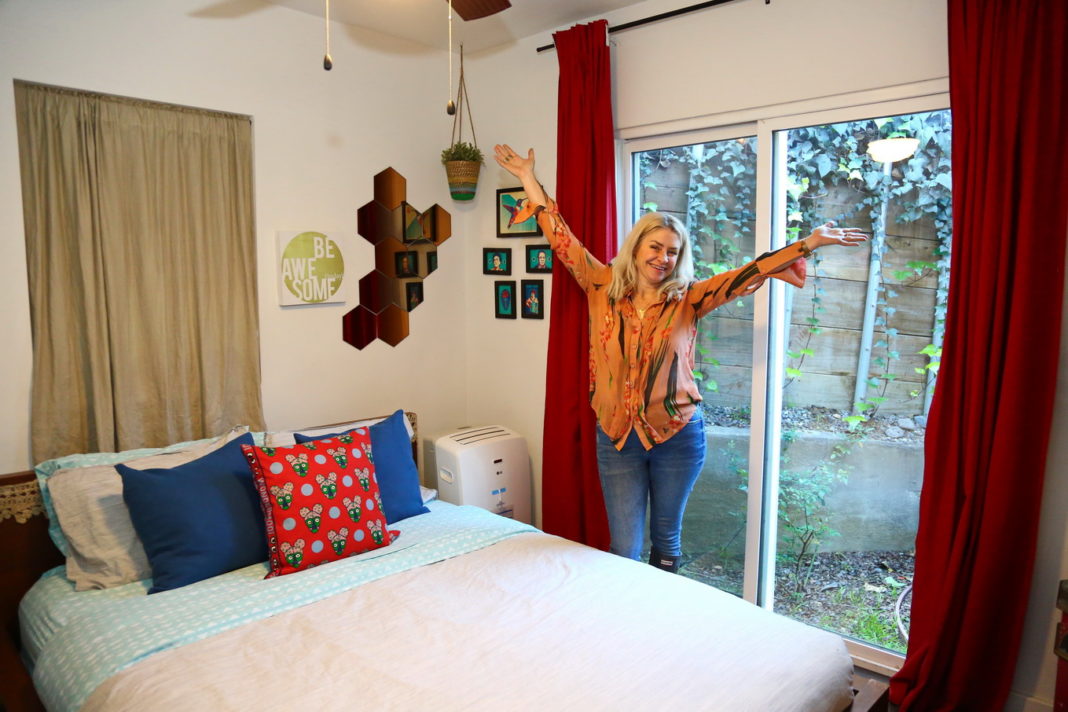 LOS ANGELES—When first walking into the home of Heather Santora, you are greeted by the hulking figure of an aged metallic robot movie costume.

“I got the robot, he got the house,” Santora laughs, briefly looking up from her phone as she arranges for her son, who was sick at school, to come back to their East Los Angeles home. It is in her home that the Los Angeles Vacation Home Rental Alliance hosted the afternoon’s roundtable event attended by LAVHRA members, California Hispanic Chamber of Commerce, and representatives from Expedia Group.

Santora reflected on her move to the quiet Los Angeles neighborhood. She recounted that her divorce left her and her two toddlers scrambling to make ends meet each month, and she would often times have to charge hundreds of dollars to a credit card. It wasn’t until she started renting out the back house of her Woolwine Drive property that Santora says she was able to turn things around.

In December 2018, the Los Angeles City Council voted 12-0 to restrict the amount of short-term rentals to primary residences to a maximum of 120 days per year, know as “home-sharing” by the city. Homes under the rent stabilization ordinance will not be included in the home-sharing umbrella. The city is also planning to establish an application fee that home-owners wishing to rent out their homes will have to pay $89 per year, as well as register their home with the City Planning Department. Within the city limits, home-owners are not allowed to rent out more than one property. The new ordinance is set to go into effect on July 1, 2019.

It is the hope of the city that the new ordinance will address the long-standing concerns of property owners and housing advocates who claim that home-sharing is disrupting Los Angeles neighborhoods and communities. It will also prevent an unbalance in taxes being paid to the city by home-owners renting property.

However, the new ordinance has raised concern from home-owners who rent out secondary properties, or traditional whole home vacation rentals to vacationers and visitors in Los Angeles. Without another ordinance specifically addressing secondary vacation rentals, owners will be banned from renting their secondary properties in Los Angeles. For Santora, who is a leader in the Los Angeles Vacation Home Rental Alliance, renting her back house is a large portion of her income.

“This is helping us stay in our homes,” she states. Santora is n 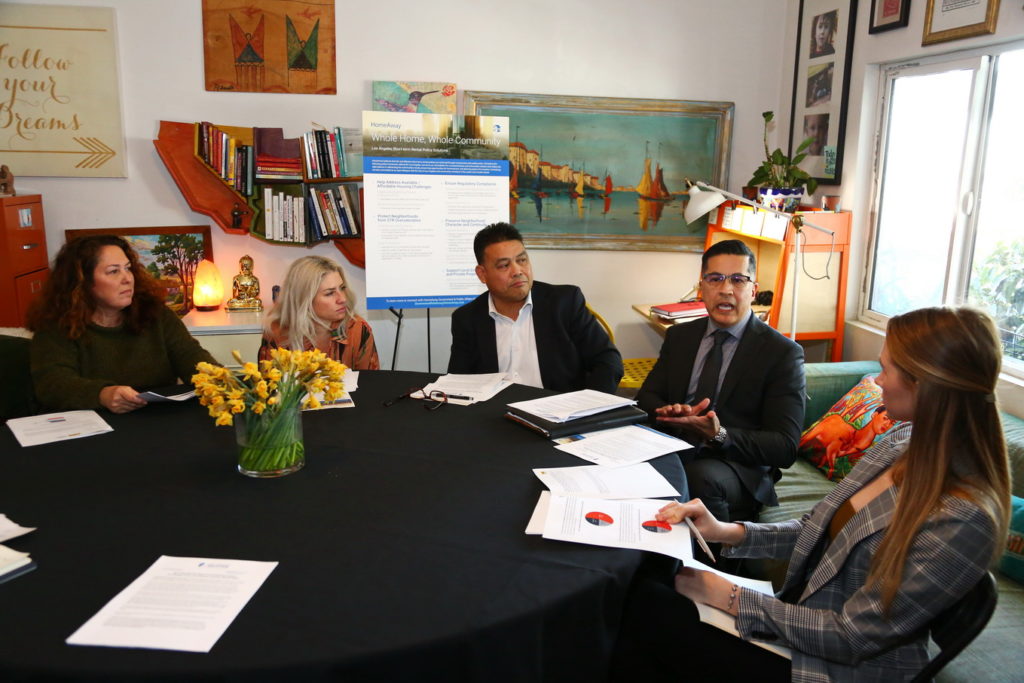 ot the only one expressing concern. Heidi Mylo, a member of the LAVHRA and a home-owner in Venice, was present at the roundtable event. On her property she has two units, one for her and her daughter, and one that is being saved for her mother to move into in the future. In the meantime, Mylo states, “I was loosing money” due to the empty unit sitting vacant. She turned towards the option of renting out the unit.

LAVHRA is pushing to bring regulations, not a ban, to the renting of vacation homes to people visiting Los Angeles. They state that people cannot afford to always stay in hotels in more populated areas of the city and that the more remote home locations provide a unique experience for less cost.

“We are sending them to the ma’s and pa’s,” Mylo stated when discussing the importance of the rentals in small communities. She indicated with the agreement of Santora, that the money being saved on lodging is ultimately being spent in the community by the visitors shopping and dining at local businesses.

Julian Canete, the President and CEO of the California Hispanic Chamber of Commerce, supports the drive of visitors towards local communities and businesses. Many of the areas that homes are being rented in are Hispanic communities that are predominately small, family-run businesses.

“There needs to be sensible, common sense regulations,” he stated. The majority of home-owners who rent their property are not against regulations that will crack down on “bad actors,” as Santora calls them. She defines “bad actors” as the outside investors who have come into Los Angeles and have bought up properties for vacation rentals.

Walter R. Gonzales, the Expedia Group Government Affairs Manager of the Southwest Region, indicated that Santora and Mylo are good representations of what a home-owner following all the regulations of the Los Angeles City Council are. When talking about the types of people renting vacation homes Gonzales stated, “These are families who need a kitchen and a backyard.”

He believes in maintaining vacation home rentals stating “We hope the City will continue their encouraging progress on a solution that addresses community concerns while allowing a pathway for responsible vacation rental homeowners.” In a 2017 study titled “The Economic Impact of Short Term Rentals in Los Angeles,” Los Angeles vacation home rentals generated $1.5 billion in local economic activity as well as supported approximately 14,000 jobs in 2016. HomeAway, a vacation rental site, has collected and remitted over $1 million to the x=city of Los Angeles since April 2018 as part of their voluntary tax agreement with the city.

Of those nearly 14,000 jobs, Santora provides 32 with her cleaning company, Heather’s Angels. She founded the company after noticing a shortage in the amount of cleaning crews that were available for home-owners to use after renting their homes out.

“Some rentals have problems,” said Santora. “Trust me, I clean over 100 houses and have seen the aftermath.” To prevent the chance of having a problematic guest, both Santora and Mylo screen their guests heavily before accepting the visit. Mylo, who lives on a street of predominately families, tends to usually rent to families as well. The conflict of battling nuisances from rowdier guests is a concern of the city, which is a factor in the new ordinance.

Responding to a question by Canyon News about the reactions of permanent neighbors to constantly having new guests in their neighborhood Santora stated that her neighbors are overjoyed and ask her with both joy and disbelief, “People want to stay here?” She stated that neighbors are always interacting with her guests and in turn the guests make the neighbors feel that their area is unique.