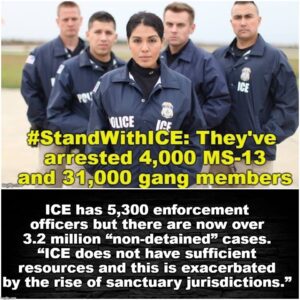 Acting ICE Director, Matthew Albence announced on Friday, February 14, that Customs and Border Patrol (CBP) agents will be used in the interior of the country to “supplement” ICE.

Albence did not disclose the names of the cities agents would be deployed to. Another official named major cities who claimed sanctuary status, but that information has not been confirmed.

This immigration push is part of a recent crack down on Sanctuary Cities that implement policies forbidding law enforcement from assisting and cooperating with immigration officials. Law enforcement in sanctuary cities do not honor detainer policies put in place by ICE, nor does law enforcement notify ICE when criminals in the U.S. illegally will be released from prison back into communities.

ICE officials announced that it served four immigration subpoenas on February 14 to the San Diego County Sheriff’s Office (SDSO) requesting information regarding multiple illegal aliens who were criminally arrested in the region. Due to state sanctuary laws, the SDSO cannot honor immigration detainers to provide ICE with non-public information regarding criminal aliens, including if and when they are released into the community.

On February 6, White House Press Secretary Stephanie Grisham notified the public of a California judge’s ruling that if not lifted would guarantee the release of hundreds of criminals in the country illegally.

Albence blamed NYC Mayor Bill DeBlasio for the January 2020 death of 92-year-old, Maria Fuentes who was brutally raped and murdered by Reeaz Khan, a 21-year-old illegal immigrant. Brietbart reports Khan came to New York on a B-2 tourist Visa in May 2016, and never returned. He overstayed his visa by three years. Fuentes was strangled by Khan and left to die on the sidewalk.

New York is the home of a large group of immigration activist led by Ravi Ragbir, who received his green card in 1994, and was convicted of fraud, and is now being detained at the Orange County Correctional Facility in Groshen facing deportation. More on the activist movement can be found on the #istandwithravi website.

Canyon News contacted the Immigration and Customs Enforce for a statement, but did not hear back before print.