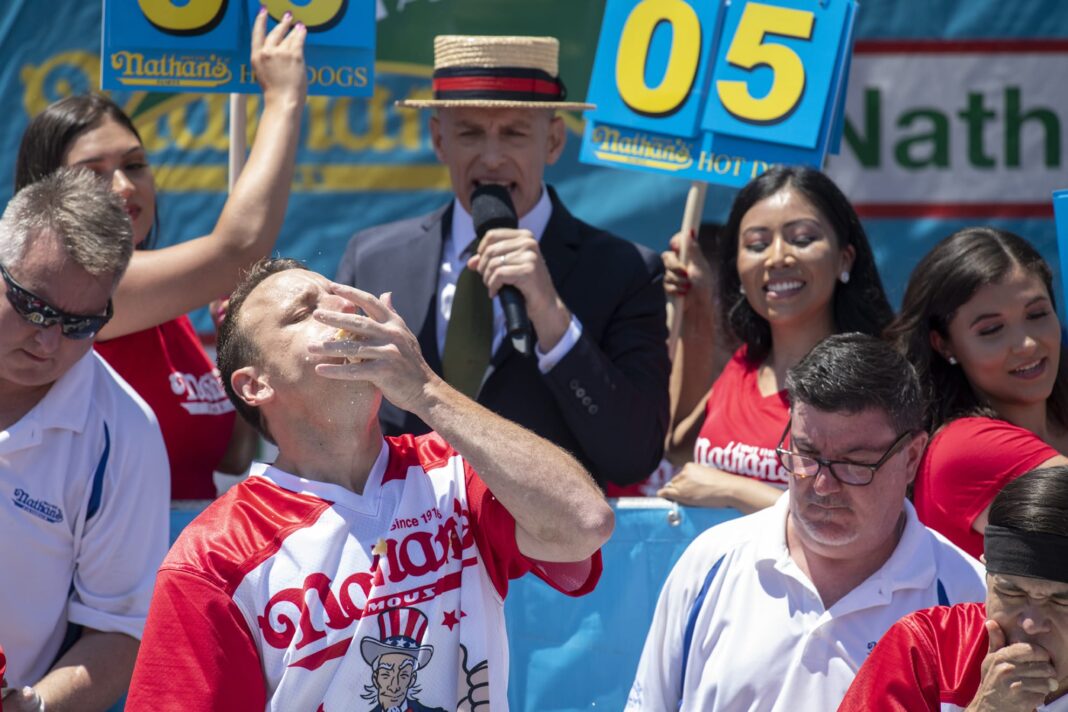 UNITED STATES—Joey Chestnut and Miki Sudo made history and defended their titles on Saturday, July 4, after setting world records for hot-dogs eaten in a competition during Nathan’s Annual Hot-Dog Eating Contest in New York.

Chestnut, the 13-time winner of the event, broke his record by eating 75 hot dogs to defend his title. In addition, he ate his 1,000 career hot-dog during the event.

“It was hard, but I knew I was fast at the beginning,” Chestnut said afterward in an interview with ESPN. “The dogs were cooked really well today. At minute 6 is where I missed the crowd. I hit a wall. It took a little more work to get through it. This is a crazy year, and I’m happy I was able to get a record.”

His closest competitor, Darron Breeden finished second with only 42 hot-dogs. It was the largest margin of victory of the event since 2011.

Sudo defended her women’s title by eating 48.5 hot-dogs and set the women’s record for the competition. She finished 32.5 hot-dogs ahead of second place.

“I feel great,” said Sudo. “I’m sure the physical effects will kick in in a little bit. I think the condensed preparation period really lit a fire under me.”

Her victory was her seventh consecutive title, which is the most among women in the contest. She ranks second to Chestnut for championships in the competition in both divisions.

Saturday was also the first time gamblers were allowed to legally bet on the contest, US sportsbooks offered wagers on the competition who would win and how many dogs would be eaten.

The event usually takes place at Brooklyn’s Coney Island, but due to coronavirus restrictions, the contest took place at an undisclosed location.

Matt Stonie who was expected to be Chestnut’s biggest competition was unable to compete due to New York travel restrictions in light of the pandemic. Stonie won the event in 2015, upsetting Chestnut.