CALIFORNIA- Several cities in California have experienced rolling power outages due to the record breaking heat wave the state has experienced since Saturday, August 15. LADWP has requested that its customers reduce energy pushing on the state and local power grid by considering the following measures:

• Adjust thermostats to 78 degrees Fahrenheit during the hottest hours of the day
• Using appliances such as washing machines, dishwashers and vacuums in the early morning or during the evening
• Opening windows and doors to allow air to circulate
• Close curtains or shades during warm hours
• Turn off lights and other equipment when not in use
• Unplug cellphone chargers, microwave ovens
• If possible, order takeout to avoid using the stove

Current estimated time to respond to outages and begin repairs are 4-12 hrs while some may take longer based on field conditions. 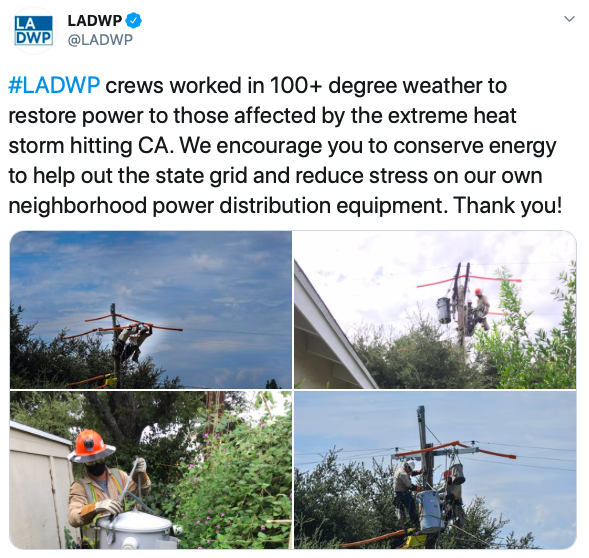 The LADWP has advised the public that in the event of an unexpected power outage:

It is also advised to refrain from touching heated power lines. In the event of a smoking power line, residents are advised to call 911.