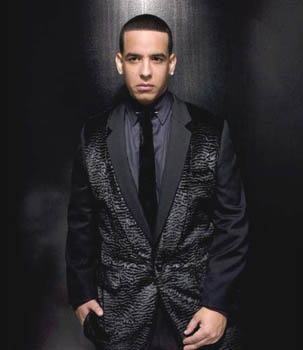 HOLLYWOOD —The Emmye-Award winning “The Bold and the Beautiful” will start out the summer with a bold and spicy story using Daddy Yankee’s pulsating Latin Reggaeton rhythms as the catalyst for some of the characters’ most shocking behaviors yet.

Spanish-speaking viewers are encouraged to watch the episodes in Spanish, simply by pressing the SAP button on their remote control. “B&B” is the only American daytime drama simulcast in English and Spanish using SAP (Secondary Audio Programming) technology.

The five-episode story arc will air on the CBS Television Network from Tuesday, June 1, to Monday, June 7, and will tape in Los Angeles at CBS Television City on April 20-22.

“The story takes place during a raucous party full of young people who are ready to take a break from the scholarly pursuits of high school. We conceived it as a modern urban take on a masquerade ball,” says Emmy-winning Executive Producer and Head Writer Bradley P. Bell tells Canyon News. “Daddy Yankee’s hypnotic thump is the perfect intoxicating elixir to entice some of the characters into doing things they might not ordinarily do. The consequences for the Forrester family will be devastating, leading to some of the series’ most dramatic situations yet.”

Among the new songs Yankee will perform on the top-rated drama series will be “Grito Mundial,” which was chosen as an official song for the 2010 FIFA World Cup. Also featured in the series will be the broadcast television premiere performance of the single, “Que Es La Que Hay,” among others.