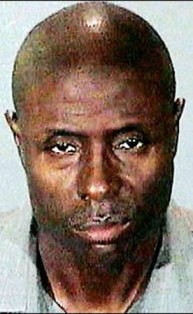 HOLLYWOOD HILLS/BEL-AIR—On September 30, the leader of the “Hillside Burglars,” a group of burglary suspects accused of breaking into more than 150 homes in upscale Los Angeles communities, was sentenced to 17 years in prison by Airport Superior Court Judge Antonio Barreto, according to Deputy District Attorney Christopher Curtis.

The defendant, 47-year-old Troy Corsby Thomas, is accused of leading the burglary group in breaking into and taking around $10 million worth of items from residences in the “Platinum Triangle”— homes in Beverly Hills, Bel-Air and Holmby Hills—and in the hill communities of the Sherman Oaks and Encino areas from 2006 to 2009.  Thomas pleaded no contest on September 30 to first-degree residential burglary and agreed to make full restitution to the victims.

Thomas, a West Hills resident, had been arrested in January 2009 after investigators from the Los Angeles Police Department matched DNA taken from one of the targeted homes to his.  None of the other burglary suspects have been arrested or charged.

The group is suspected of targeting neighborhoods in the areas surrounding the Hollywood Hills and the Santa Monica Mountains, where many celebrities are known to live.  The “Hillside Burglars” reportedly dressed in black clothing, ski masks and gloves during the burglaries, and usually broke into the residences when the owners were believed to be out of the area, often during the evening and on weekends.  The burglars successfully negotiated security systems in nearly all of the incidents.

Thomas reportedly entered his plea as the jury selection process was being set up.  In exchange for the plea, prosecutors agreed to drop the five additional counts of first-degree residential burglary.  The defendant, who had said he worked as an auto broker, agreed to pay a total of $675,000 amounting from the diamonds, Rolex watches and cash taken from the homes.  A restitution hearing will be scheduled for a later date.