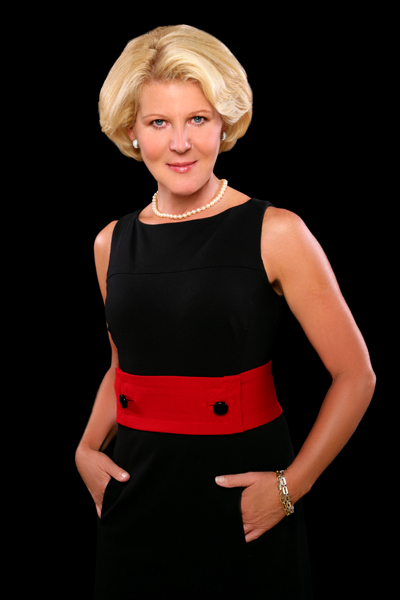 HOLLYWOOD —This week’s leading ladies gold standard goes to three seasoned actresses who are not only talented, but bring a level of intensity to the daytime genre that made their historical storyline one that came together, just the way the brilliant Brad Bell planned it. Susan Flannery portrays Queen Stephanie Forrester on “The Bold and the Beautiful,” Robin Riker portrays Beth Logan on “B&B” and Alley Mills is Stephanie’s insane but extremely loyal sister on the soap. These three women made their scenes this week seem as though they really have been at each other’s throats for a half-century. No one compares with Susan Flannery, though Mills and Riker added to the drama that Miss Flannery knows how to play to the absolute best.

Susan Flannery’s Stephanie spent the week smoldering. As the week began, Beth and Stephen Logan arrived to visit daughter Donna, who they found was struggling with her marriage and sanity. Since the Logans have been out of town, Stephanie has moved back in with her ex-husband Eric and his wife Donna. Being a guest in the Forrester guest-house is only a means to an end for Stephanie, as she’s made the decision to get her husband back and to get his current wife Donna Logan out of his life and the mansion forever. Beth, played by Robin Riker arrived a very different woman.

Beth Logan is suffering from Alzheimer’s and it has taken a toll on her mentally and physically. The once beautiful paramour of Eric Forrester and the matriarch of the Logan clan looked remarkably different and her mental health is failing. Like most Alzheimer’s patients, Beth’s emotional health is also being destroyed. Her temper is something she no longer can keep under control and by mid-week it was leading her on a collision with her majesty the queen herself.

Stephanie confided in her sister Pam, played by Alley Mills. The Douglas siblings discussed the almost five decade long feud Stephanie’s had with Beth Logan and now her two eldest daughters Brooke and Donna. Stephanie was typically able to forget her torturous behavior toward Beth and Brooke, and remembered how they clawed their way out of the valley and managed to get to Stephanie on her own turf in Beverly Hills. The scenes were amazing seeing Miss Flannery use her passionate style of acting to discuss the lengthy and unhappy history she’s had with the Logan women.

Mills played support perfectly, Riker played the demented Beth with aplomb, but Susan Flannery as always played every scene to perfection and made us realize why she’s a multi-Emmy winner and why it’s well deserved. By the end of the week, Beth’s attacks on Stephanie got physical and a poignant disaster befell the Logan family. Susan Flannery had an amazing week and Riker and Mills followed her to the best of their abilities.