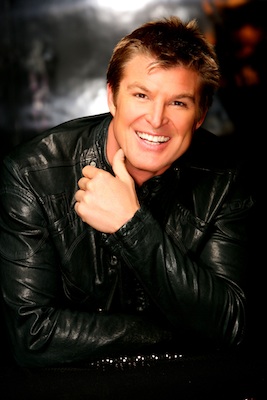 HOLLYWOOD—This week two actors showed a level of intense emotions that made them stand apart from their peers. Winsor Harmon, as Thorne on “The Bold and the Beautiful,” felt as if he lost his chance to be a father to a young son. On the other hand, Van Hansis, as Luke on “As the World Turns,” dealt with the fact that his first love, Noah, will be leaving Oakdale and his life forever, and then by Friday he had to deal with the aftermath of a major accident that left his current lover, Reid, dead. Both actors are solid performers who welcome dramatic storylines, so this week they both shined. Harmon delved into a side of manhood that many of us feel. Hansis shows viewers how a young gay man can love two men, who are both being very lucky to have Luke in their lives.

Winsor Harmon is a strong actor, and Thorne is L.A.’s nicest male resident. Thorne found out that Liam was the son of a late supermodel, which he had an affair with two decades earlier. He was overwhelmed by the fact that he may have been the father of this young man, whom he knows needs a good role model and a solid parent in his life, since his mother died. When the upstanding Thorne arrived at UCLA to have the DNA test done in order to find out if he or Bill Spencer was Liam’s father, Thorne offered love and support and told Liam that he hopes he is his father. Liam agreed.

Ultimately it turned out that Thorne was not Liam’s father, and he was heartsick over it. The sadness and regret was on the actor’s face and even in his voice. Winsor played it perfectly, giving the right amount of sadness, while trying to remain positive for Liam’s sake. He knows that Bill Spencer is not a good role model and doesn’t even want a son. This made Thorne very sad, but the best scene came when he told Liam, “I am sorry this didn’t work out for us. My family was ready to accept you.” The writing of these scenes included humor, sadness and regret. Harmon played each emotion like the pro he is.

Perhaps it’s because “As The World Turns” is ending, but maybe it also had a lot to do with this week’s surprising deaths? First we lost Nancy Hughes after knowing her for 54 years on the show, then we almost lost Chris Hughes to heart disease on Wednesday. By the end of the week, Luke was facing heartbreak because Noah was about to leave Oakdale to move to Los Angeles, and then the accident occurred, which we know will leave Luke grief stricken for a long time.

Van Hansis has such likability in this role, but he also has had a lot of heartbreaking scenes to play over the past few years. This coming week will only become more tough for the character, but as for the actor who portrays Luke, it is almost a given that he’s going to give an award-worthy performance until the final curtain closes on “ATWT” on Friday, September 17.