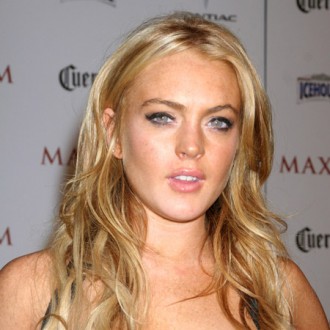 According to the Los Angeles County Sheriff’s Department, Michael contacted police regarding the well-being of Ali, who was at Lindsay’s West Hollywood home at the time; therefore, personnel from the West Hollywood Sheriff’s Station accompanied him on the surprise visit.

“Deputies responded to the West Hollywood residence and contacted Ms. Lohan, as well as the minor in question,” said the LASD.

After examining the situation, police determined that Ali was not in danger and left the home.

While Ali has seemed to be tight-lipped on the subject, Lindsay decided to take the networking route to verbalize her anger towards Michael’s unexpected arrival.

On the day of the visit, Lindsay wrote on her Twitter page, “I have no choice but to make this public, due to my sister’s safety, as well as my own, ”˜my ex-dad’ just WALKED INTO MY APT like the devil’s advocate with officers”¦”

Lindsay continued, “He has NEVER paid child support, and is marrying a tabloid writer and can barely spell his own name due to his ”˜brain’ that has been ruined due to HIS drug use. When will it ever end… it’s been going on my whole life with him-hasn’t he caused enough pain? thank g-d for my mommy… w/out her, I wouldn’t even know myself. [sic]”