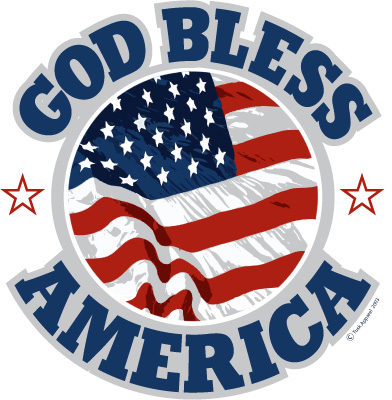 HOLLYWOOD—HELLO AMERICA!  It is so exciting to meet our young stars of tomorrow who are pushing through the crowd of competitors and challengers to reach the zenith of their career dreams.  Without a doubt, after listening to the magic guitar of musician Louis Cadenas, there is no doubt that the film and TV industry are in store for some explosive treadmills of compelling rhythms and sounds.  A young musician, only in his early 20s, sat down with me to discuss what music and life means to him.

MSJ: Do you remember the first time that you realized that music was the center of who you are?

LC: “Yes I do. I was in the 6th grade when I realized that music made a difference in my life and my personality. Remember, I was always hanging out with my cousin in his bed room; he would have the radio on or his records. And thanks to him, I listened to all kinds of music styles — reggae to classic rock, to ”˜80s music, oldies and yes, heavy metal etc. I also listened to my mother’s collection of Spanish music and classical piano.  Every time I came home from school, the first thing I heard when walking in the house is her practicing and playing classical songs, on the piano or listening to Bach or Beethoven. And that’s when I realized that music was a part of my soul.”

MSJ: What singer or group impacted your decision to become a part of the music industry or world and why?

LC: “This is going to be funny, the group that impacted my decision to be part of the music industry would have to be the ”˜The Offspring.’ The reason they inspired me, is because when I first heard and saw the music video called ”˜The Kids Aren’t Alright’, the message they were putting out is what got to me. The way they played the song, was perfect for the lyrics, and it was a strong message. And that’s when I realized that you can write songs and lyrics, about what’s going on with either yourself, or what you were experiencing in life or the world.  And the cool part is, you are able to relate to other artists who might be having some bad times or experiences. Well the reason I really connected with the ”˜the Kids’ song was because I felt like I understood what they were saying. It talks about a bright neighborhood that was so alive. It projected some good kids growing up and having a bright future ahead of them. Well the story changes, I guess when the singer takes you back to the neighborhood.  The kids are all grown up cracked out and torn. Meaning some kids had a chance to make something for their future, instead things went wrong, either they dropped out of school and gotten pregnant, or involved in drugs or gangs, or some committed suicide or OD’d. And when this song came out, I was in middle school and everything that they were saying in their lyrics I was relating to. Because my neighborhood was changing, I knew most of the kids there; some of them changed and I never saw them again, or they were gang members at a really young age — doing drugs, not only there in my neighborhood, but in schools too. I remember hearing some young girls in school freaking out because they were pregnant. If it wasn’t for the ”˜The Offspring’ who created that song, releasing it to the world, who knows I might have chosen a bad road to walk, not realizing the consequences.”

MSJ: Which instrument affected you most, emotionally, in that you felt that it was the only one that could express who you really are as a human being?

LC: “I tried different kinds of instruments when growing up. I started playing the piano at 9 years old that lasted for three years.  Then I moved on to the trumpet in elementary school for a year. I also tried the flute.  However, the instrument that always caught my attention was the electric guitar because you can play a song in so many different ways;  use different effects to add color in your chords or melody. And the cool part, you can include your own voice in guitar playing that makes it unique.  I’m sure other instruments can do the same, but the guitar has no limitations. Not only that, the guitar has beautiful body curves, easily constructed  in different shapes.”

MSJ: When performing on your instrument, are you affected with what is going on in the world i.e., the news, global conflicts or the emotional challenges in your own life?

LC: “To tell you the truth, when I perform my mind is blank. I just love and enjoy being on stage performing — surprising the audience. Showing them how we rock and allowing them to let loose and have a good time! But writing songs, yes, it’s a different involvement. I become a acutely aware of everything around me — and the images paint themselves, in a musical sense.”

MSJ: What do you feel about the music you hear on a daily basis, performed by other young musicians? Does it characterize your generation or do you feel that much of the stuff being composed is thin and meaningless?

LC: “Everything depends on my mood. I enjoy watching and listening to new young musicians. I try to have an open mind—and really try to comprehend who they are and what they are trying to say.  Some of the musicians are very talented and innovative; others, are simply wasting their time.  Sadly, they create meaningless songs, but somehow are able to make them listenable. In many ways, keeping a song simple makes it memorable.”

MSJ: Who are some of the “rock” musicians worthy of being listened to and why?

LC: “I would have to say Alexi Laiho from Children Of Bodom, Because he is one of my top five favorite guitarists. He is awesome, not only that, but he composes all of his songs, including his lyrics. Also, he is the lead singer and lead guitarist. The stuff he writes is hard to do when playing and singing at the same time. It’s really inspiring. His ability to include his classical influence, into metal, is awesome and very different.”

“Second I would have to say Jeff Loomis, the guitarist from Nevermore. Last year, he released a solo album called ”˜Zero Order Phase’ this album is a masterpiece for those who love instrumental metal. He is an amazing player I can’t say much about him, but he is my #1 favorite player, when it comes to Shredding!”

MSJ: What would you like to contribute, as a musician, to a new vision of what the power of music is all about? What kind of musical sounds or images that help you compose the musical message that you feel quite deeply?

LC: “My vision is to somehow make the world comprehend the power of music. For example, take heavy metal music, many people when listening to this type of music, assume that it is devil worshiping. With my music, I would like to show everyone, that there is more to heavy metal music than just that. I want my lyrics to inspire and motivate people, but mainly inspire them with my guitar playing; showing them that you can create something that comes deep inside yourself. What helps me to compose a musical message is when I listen to my deepest, most inner feelings — my soul. And yes, listening to music by others helps to open what creative doors that I have available to open.”

MSJ: Your place in the music world — where would you like it to finally be?

LC:  “I would like to maintain a stable position or place of respect in the music world.  The music industry is my passion and I simply want to be among those who feel the same.”

MSJ: Is it lonely being who you are? If so, how do you handle it?

LC: “I do not feel lonely being who I am. Because what I am, is a musician, who is fortunate enough to be surrounded by people who support me.”

MSJ: When you look in the mirror, what do you see? Does it make you feel happy or sad and why?

LC: “I see myself growing and becoming more of a better person and player. Staying on the positive side, taking on creative challenges in the world as well as relationships with different people. I see myself working hard, sometimes but still learning from all my mistakes. I know it is all a part of making it to the top. It doesn’t make me feel sad or happy, it makes me feel like it’s going to be quite an interesting and surprising journey.”

You can check out our boy genius on YouTube, performing at the Knitting Factory in Hollywood.  The video presents Louis and his comrades performing an exciting evening of hard rock.  They are all graduates of Hollywood’s Musicians Institute.  Once you hear Louis Cadenas play his guitar, you will never forget it.