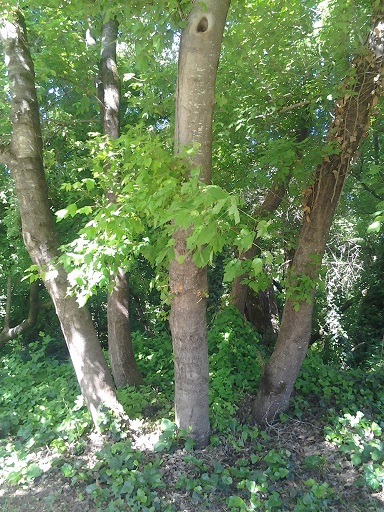 UNITED STATES-Where they grow wild in riparian environments, box elders, willows and cottonwoods are not as clumsy as they seem to be. As the rivers and creeks that they live so close to erode the soil around them, they often become destabilized and fall. Yet, this is actually part of their plan. If their original roots remain somewhat intact, the limbs and trunks develop new roots where they touch the ground. Eventually, these rooted limbs and trunks develop into new and separate trees.

In home gardens, a similar technique known as ‘layering’ can be employed to propagate one or a few copies of many other plants. Many sprawling vines and ground covers, such as ivy, honeysuckle, blue rug juniper and trailing rosemary, are likely to develop roots where their stems touch the ground anyway. Rooted stems need only to be found, dug and separated as new plants. Shrubbier plants need a bit more help.

Azalea, rhododendron, camellia, holly and just about any plant that has low stems that can be bent downward into the soil can be propagated by layering. Redwood, elm and magnolia do not always have limbs that reach the ground, but any that do would be pleased to cooperate as well. In fact, there are only a few woody plants that do not develop roots by layering, such as some pines and most eucalypti.

A layered stem only needs to be partly buried to develop roots. The tip should protrude from the soil a few inches. A short stem may barely protrude above the soil. A layered stem of a plant that develops adventitious roots very efficiently can be as long as a few feet. A very flexible stem can easily be held down by the weight of the soil that it gets buried with. A more rigid stem may need to be held down with a rock.

Before getting buried, the stem should be cut about a third of the way through to promote development of roots. The cut should be made on the underside so that it stays open when bend downward and buried. A bit or rooting hormone powder applied to the open wound accelerates the process. It works almost like taking a cutting, but without completely separating the cutting from the parent plant right away.

Once buried, a layered stem should be watered regularly until it gets dug while dormant (or mostly dormant) the following winter. By that time, the rooted stem can be dug and pruned from the parent plant, and then planted where desired. Because it takes a few months for enough roots to develop, layering should be done in spring.

No other maple is native to so much of North America as the common box elder, Acer negundo. Yet, because of innate structural deficiency and a general lack of pizzazz, it is also one of the least popular. The smaller and more adaptable garden varieties are more often grown for their interestingly colorful foliage. ‘Flamingo’ starts out with pink, white and pale green foliage that turns richer green and white by summer. ‘Violaceum’ has smokey purplish new foliage that fades to rich green. ‘Auratum’ has yellowish foliage that fades to chartreuse green. Any stems that try to revert to a more natural shade of green should be removed before they dominate. Unlike other maples that have distinctively palmate leaves, box elder has compound leaves with three or more leaflets each.