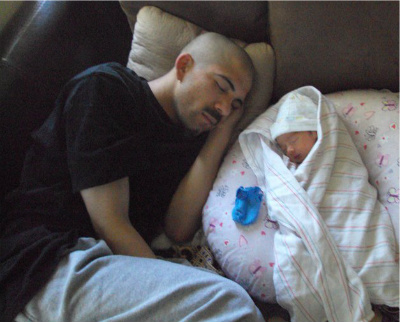 WOODLAND HILLS—On Wednesday, January 18, a 24-year-old Calabasas man was charged by the Los Angeles District Attorney’s Office with the shooting murder of an El Camino Real High School soccer goalie outside of his home last week.

On January 17, Jason Alejandro Schumann was one of two suspects arrested in connection to the killing of 17-year-old Francisco Javier Rodriguez, Jr. on January 11 on the 6900 block of Cozycroft Avenue in Winnetka after he returned home from a soccer game against Taft High School.

Los Angeles Police Department Deputy Chief Jorge Villegas said during a January 17 press conference that investigators do not believe the murder is gang-related. They are trying to deduce the nature of what they believe is a personal motive and are asking an anonymous tipster to come forward to provide them with more information with which to solidify the case. The murder weapon has not yet been recovered.

Schumann was reportedly angry over text messages exchanged between Rodriguez and 19-year-old Elizabeth Ibarra of Calabasas, the second suspect arrested on January 11. He may have been involved in a romantic relationship with Ibarra, who set her relationship status on her Facebook page as “complicated.” She also posted a photo of Schumann sleeping next to a baby she claims he fathered. A few posts underneath the photo from last year indicate Ibarra was mad at him for being unfaithful.

Police say that Rodriguez answered his door on the date of his murder to find a red-haired woman asking for him by name. When Rodriguez went outside, he was shot multiples times with a shotgun. Responding officers found him lying on the front yard unconscious and not breathing. Though they rendered medical aid until the L.A. Fire Department arrived, Rodriguez died a short time later at a local hospital.

According to booking details, Schumann is being held at the Inmate Reception Center in downtown L.A. He is being held without bail despite prosecutors asking that it be set at $2 million. Schumann faces a maximum term of life in prison if convicted of the murder count.

Court records state that he has a criminal past. He has been previously convicted of domestic violence, possession of drugs, loitering with intent to engage in drug-related activity and counterfeit of public or corporate seals.

Ibarra has not yet been formally charged and is being held in a Lynwood women’s jail without bail for violating her probation. She has been previously convicted of forgery and counterfeit of public or corporate seals.