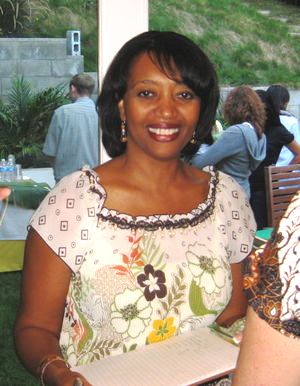 HOLLYWOOD—On April 30, a man pleaded not guilty in the murder of his wife, who has been missing since February 8, 2009. The suspect appeared for his arraignment hearing at the Los Angeles Superior Court.

Hollywood resident Lyle S. Herring, 56, was taken into custody on April 28, at about 4:30 p.m. at California State University Northridge, where he works as a recruiter for the school.

The missing woman, 44-year-old Lesley Herring, is the sister of actress 35-year-old Aasha Davis, who had reported Herring missing in March 2009, two days after her sister failed to show up at work. With Davis’ assistance, the case became high-profile.

Herring’s husband was seen as suspect since the early stages of the 14-month-long investigation; however, he consistently and publicly denied involvement in his wife’s disappearance. Detectives presented the case to the Los Angeles County District Attorney’s Office and acquired a search warrant for Herring, who is being held on $1 million bail at the department’s downtown Metropolitan Jail.

Herring is scheduled to reappear in court on June 30. If convicted, he may face up to 15 years-to-life in prison.

Anyone with information regarding this case is encouraged to contact Hollywood Division Homicide Detective Chris Gable at 213-972-2910. During non-business hours or on weekends, contact 877-LAPD-24-7. Anonymous calls may be directed to Crimestoppers at 1-800-222-TIPS. Tips may also be sent to Crimestoppers by texting to phone number 274637 (C-R-I-M-E-S on most keypads) with a cell phone. Text messages should begin with “LAPD.” Tipsters may also visit LAPDOnline.org and click on “web tips” and follow the prompts.