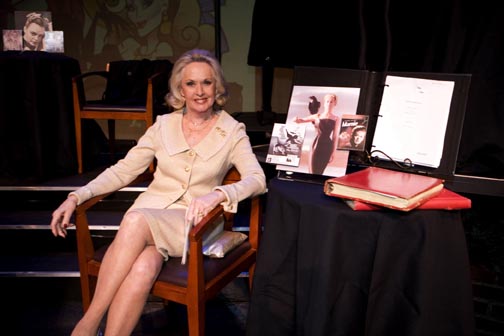 BEVERLY HILLS —Tippi Hedren, the quintessential Hitchcock heroine and star of the legendary director’s “The Birds” and “Marnie,” will receive the Lifetime Achievement Award at The Humane Society of the United States’ 24th Genesis Awards for dedicating more than 40 years to the protection of animals. Actress Melanie Griffith will present the prestigious honor to her mother at the gala event on Saturday, March 20, at The Beverly Hilton in Beverly Hills, Calif.

“Tippi is an extraordinary woman —both a hands-on caregiver to 68 discarded big cats at the Shambala Preserve, as well as a tireless activist who continues to work in support of federal legislation that would ban the breeding of and the trade in exotic animals in the U.S.,” said Beverly Kaskey, senior director of the Hollywood office of The Humane Society of the United States and executive producer of the annual Genesis Awards. “She started speaking out against the commercial breeding and private ownership of big cats years before it became a widely recognized problem.”

In 2003, Tippi was the initiator and the driving force in Congress behind the successful passage of The Captive Wildlife Safety Act, which prohibits interstate commerce in exotic cats for the pet trade.

Long associated with the protection of big cats in the wild and captivity, Tippi Hedren’s love affair with lions began in the late ’60s while shooting a film in Africa. This life-changing event inspired her dream project: the 1981 film “Roar,” in which she starred alongside her daughter, Melanie Griffith and 50 lions. However, the experience of filming with these fascinating, yet unpredictable, animals opened Tippi’s eyes to the dangers and the inhumane nature of keeping big cats as pets, causing her to question what happens to captive-bred exotic animals who are bought and sold for personal possession as pets or for financial gain.

Her answer was to set up The Roar Foundation’s Shambala Preserve in 1983. An 80-acre wildlife refuge in Acton, Calif., Shambala currently provides a permanent home to 68 captive born exotic felines, all of whom are cast-offs from private owners, zoos and circuses.

An outspoken voice against cruelty to animals, both domestic and wild, Tippi has served on the boards of The Wildlife Safari and The Elsa Wild Animal Appeal, and she is currently president of the American Sanctuary Association and The Roar Foundation, which she founded in 1983. Among her many acknowledgments, she has been honored with The Helen Woodward Animal Center’s Annual Humane Award, the prestigious Founder’s Awards from the ASPCA, the Lion and the Lamb Award, and in 1999, Tippi was honored as a “Woman of Vision” in Washington, D.C., in addition to receiving the Presidential Medal for her work from Hofstra University. In 2009, Tippi was inducted into the Smithsonian Institute as a Legendary Leading Lady and humanitarian. Being honored by The Genesis Awards is particularly personal, due to her fond memories of being asked to be a presenter in 1986, when the great animal advocate and actress, Gretchen Wyler, launched the event, and Tippi has been a frequent presenter ever since.

The annual Genesis Awards is the only event of its kind honoring the news and entertainment for showcasing animal issues and is presented by The Humane Society of the United States, the nation’s largest animal protection organization with more than 11 million supporters – one in every 28 Americans.

Ferris Wheel Will Light Up For 4th of July