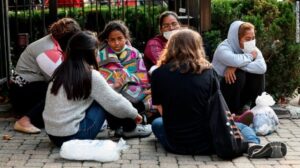 Close to 100 immigrants were picked up after crossing the U.S. border from Mexico, Colombia, Uruguay, and Venezuela.


During a press conference commemorating the anniversary of 9/11, NBC News anchor, Chuck Todd, asked VP Harris, if the U.S. Border was secure. 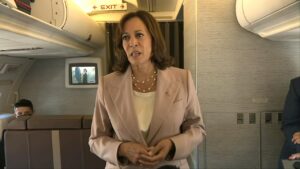 “The border is secure, but we also have a broken immigration system, in particular, over the last four years before we came in, and it needs to be fixed,” Harris responded.

“Texas is filling the gaps left in Biden’s absence at our border.  We’ve made over 19,000 arrests, seized over 355.5 Million lethal doses of fentanyl, and over 7,400 migrants to DC,” said Abbott in a social media post.

“Governor Abbot is working closely with the Texas National Guard and the Texas Department of Public Safety in an effort to secure the southern border.”

VP Harris has faced scrutiny during her time in office for not going to the border or acknowledging the immigration problem.

Abbott began bussing immigrants to Washington DC, New York, and Chicago in March of 2021, when he launched, Operation Lone Star. He has bussed 10,000 migrants to sanctuary cities providing much-needed relief to the Texas border towns.

“The Biden-Harris Administration continues ignoring and denying the historic crisis at our southern border, which has endangered and overwhelmed Texas communities for almost two years,” said Governor Abbott. “Our supposed Border Czar, Vice President Kamala Harris, has yet to even visit the border to see firsthand the impact of the open border policies she has helped implement, even going so far as to claim the border is ‘secure.’ Texas will continue sending migrants to sanctuary cities like Washington, D.C. until President Biden and Border Czar Harris step up and do their jobs to secure the border,” said Governor Abbott in a statement.

“For the Governor to send immigrants to Martha’s Vineyard without any coordination, is just creating a real crisis.  The Republican party, they have created a blueprint that all of them are starting to follow.  It’s inhumane,” New York Governor Eric Adams stated.