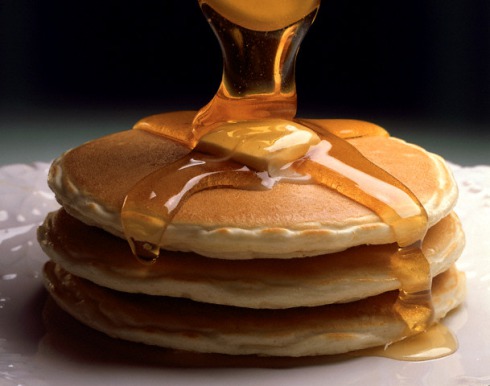 HOLLYWOOD—Nos-tal-gia is a noun meaning a wistful or excessively sentimental yearning for return to or of some past period or irrecoverable condition, according to the Mirriam-Webster Dictionary.

Sure as the children of Adam and Eve, a place can have a soul. And that soul can be destroyed. Take a classic Los Angeles diner, gut the interior, remove the lunch counter for geezers, rip out vintage linoleum and put in cheesy maroon carpeting of a design apt for a riverboat gambler’s vest, thereby absorbing the warm lunch-crowd roar and replacing it with a disconcerting quietude. Discard the cursive painted signs enticing you to try the pecan pie, disappear the bakery case, ditto the hat-racks, the smell of old oak and 50 years short-order cooking, withal, try to make it “classy.”  You do what the Tiny Naylor Corp.—the new owners of Du-par’s restaurant—did at Farmers Market. They took an atmosphere of perfection, the rare patina of authenticity sculpted by 60 years of routine and patronage, and killed its soul.

Three years after the makeover, I continue to be haunted by new discoveries of teeny-tiny details sacrificed that comprised that enormous yet elusive thing called soul. For example, to suddenly miss the framed magazine clipping in which Larry Gelbart sang hosannas to the Du-par’s signature pancakes he first savored in 1948.

During the late November chill, a major item got added to the inventory of casualties. I sat in Du-par’s for perhaps the third time since the make-over and found myself craving the body warmth of my dining companions. The old Du-par’s at Third and Fairfax exuded a hearth-glow warmth and waitress’ banter. Today’s waitress was an idiot with no personality, who unforgivably gave my daughter a full turkey dinner instead of a kid’s plate. (If the waitress had been an idiot with personality I would have forgiven all.)

“I always ask the children if they want the dinner,” she defended herself.

You can’t expect a 9-year-old to know the difference between a turkey dinner and the kid’s plate, can you? In the anxiousness to upgrade from a kid’s meal to an adult entree, I saw the greedy corporate hand of Tiny Naylor. It was the corporate hand that caused another, seemingly insignificant detail to be lost in the makeover: the old entrance. It seemed a purely ornamental detail that consisted of two sets of swinging doors separated by a vestibule. On this wintry night, it was easy to see how that space, sandwiched between two sets of swinging doors had kept the polar chill out. In Tiny Naylor’s zeal to squeeze as many tables as possible out of the floor space, they had replaced the vestibule with the cashier’s counter. Well, it left the restaurant interior vulnerable to the cold and affected the whole quality of our dining experience.

Now there are dozens more seats and tables, but none of the cool old crowd who’d simply go there for a cup of morning coffee. The personages all migrated to the East Patio, or died. They have since been replaced by a meek and submissive clientele who’d never raise their voices over getting two eggs in their three-egg omelet.

I wouldn’t be so picky if the company hadn’t loudly promised to keep it the same when they acquired Du-par’s. Same help, same recipes, the same friendly waitresses. A soul can be made of discrete elements, which merge to provide a bit of terrific. In the case of the missing vestibule, it helped maintain the real physical warmth which translated into the unmistakable emotional warmth of the old Du-par’s. It still has its charms, but they are empty and void for those with longer memories. They had the best pancakes, the fluffiest and most golden brown, pancakes to die for; today’s specialty is another dish. It has a slightly bitter taste, but it’s definitely the best in town: nostalgia. But it’s still not as good as it used to be.