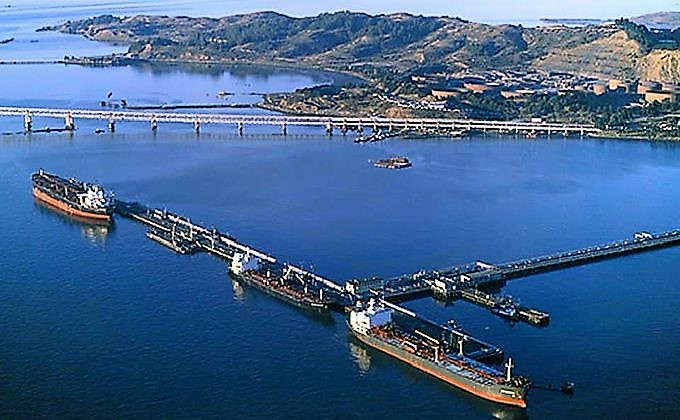 CALIFORNIA—An oil spill occurred at the Chevron Refinery in Richmond on Tuesday, February 9 at 3:43 p.m. in San Francisco Bay.

A public health advisory was issued for San Pablo, Richmond, North Richmond, and the surrounding areas.

According to reports, Chevron officials indicated that employees at the refinery “observed a sheen on the water” near the facility’s wharf at about 3 p.m. and launched their “response protocol.” Oil was no longer spilling, officials said in a statement at about 5 p.m., and the clean-up was underway. Officials advised residents and visitors stay clear from the area.

County officials indicated that the oil spill could be harmful to individuals with respiratory issues. Those experiencing any symptoms or irritation, should go inside a safety area such as your home or work facility and rinse the impacted area. If symptoms persist contact a healthcare specialist.

John Gioia, Contra Costa County Supervisor announced that there was a five gallon-per-minute leak from a petroleum product at the Chevron Richmond Long Wharf.