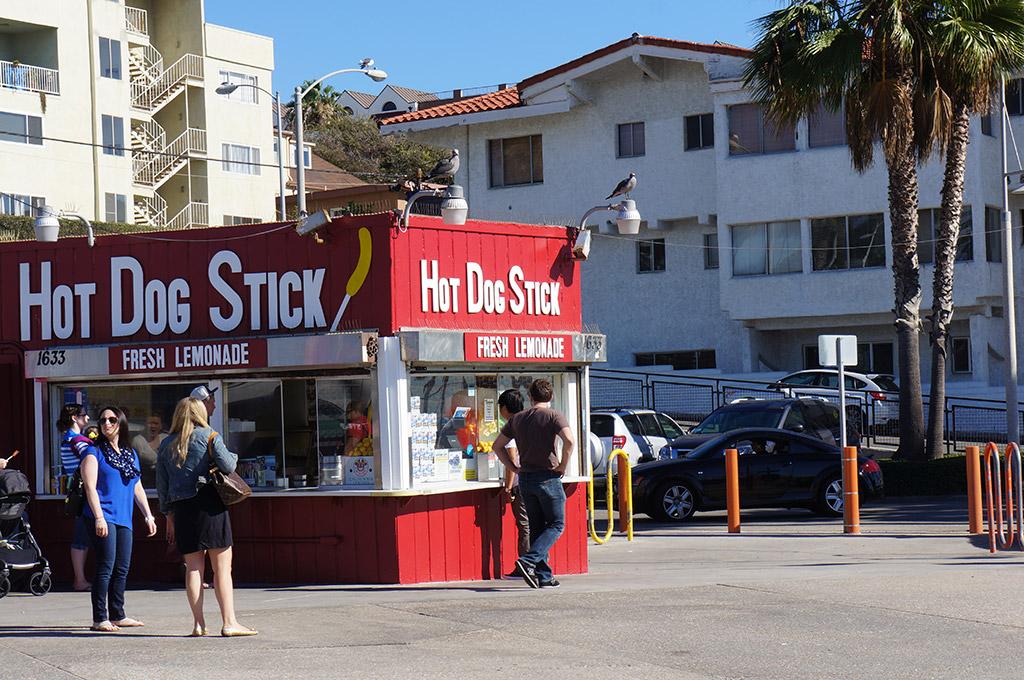 SANTA MONICA—The original Hot Dog on a Stick, located at the iconic Muscle Beach, is getting a remodel this winter.

The stand, which is the most popular out of Hot Dog on a Stick’s almost 100 nationwide locations, is slated to be demolished and rebuilt over the course of about two months, starting in November.

The existing structure opened in 1946 and due to its age, it cannot be renovated. The new building will have an increased width, from 10 feet to 15 feet. Its length will stay the same, giving it an overall size of 650 square feet. In addition, the restrooms will be made to be ADA compliant, and the building’s drainage issues will be fixed.

Even though the original building is going to be completely demolished, the stand will keep a similar look and feel.

The renovation plans were recently approved by Santa Monica’s Landmarks Commission, after some debate. Some of the commissioners considered making the stand an official City Landmark, but it was decided against because preventing renovation would impede the success of the business. The plans are currently awaiting approval from the city’s Architectural Review Board.