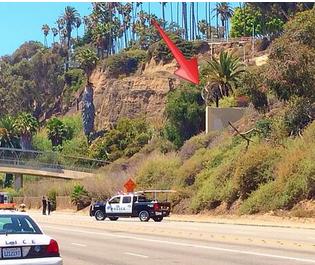 PACIFIC PALISADES—The Pacific Coast Highway was closed down for several hours on July 6 when drivers noticed a man threatening to jump into traffic. The PCH opened just before 4:00 p.m., according to the City of Santa Monica’s Twitter page.

The segment from the McClure Tunnel at the end of the 10 freeway was closed down by the CHP until they got control of the situation. The man was arrested and taken into police custody.

Details regarding the name of the suspect or a motive for attempting to jump into traffic have yet to be disclosed to the public.