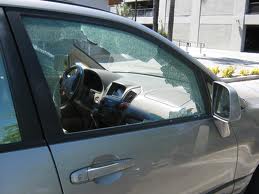 MELROSE—On May 7, Melrose Action reported that police are seeking a man who is believed to have broken into a vehicle and stolen the owner’s property. The incident occurred on March 23, in an underground parking structure on the 100 block of South Flores.

According to a Los Angeles Police Department’s community service notification presented at the group’s website, the man used a trailer hitch to smash open the victim’s car window. He then allegedly took the victim’s black and chrome Apple iPod, (with the words “200 Keepers” engraved on the back of the item), and fled from the scene.

The suspect, believed to be responsible for other vehicle burglaries in the Wilshire area, is described as a white male, 5 feet, 7 inches to 5 feet, 9 inches in height, 150 to 160 pounds in weight, and in his 30s to 40s. The man is also believed to have a light-colored mustache and goatee.

Wilshire Auto Detectives are seeking the public’s assistance in identifying and locating the suspected burglar. Melrose Action advises individuals to contact police and advise that they are aware that a suspect is wanted by police for breaking into vehicles in the area.

The contact information listed is Lieutenant Bryan Wong, Commanding Officer of the Wilshire Detective Division, at 213-922-8205.