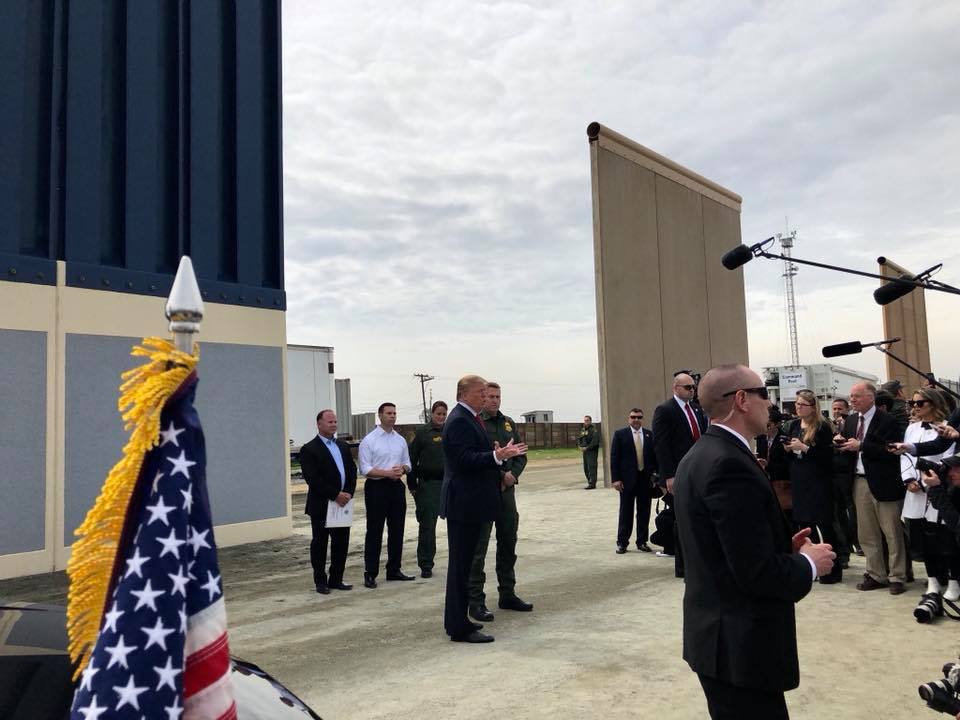 BEVERLY HILLS—President Trump arrived in the state of California for his first visit since being elected into office. His trip to the state comes a week after his administration filed a lawsuit against three of California’s newly enacted ‘sanctuary’ laws.

Governor Jerry Brown pre-empted Trump’s visit with a public statement on Monday, March 12 that read: “You see, in California we are focusing on bridges, not walls. And that’s more than just a figure of speech.” He added, “California thrives because we welcome immigrants and innovators from across the globe.”

“California sanctuary policies put the entire nation at risk. They’re the best friend of the criminal. That’s what exactly is happening. The criminals take refuge in these sanctuary cities, and it’s very dangerous for our police and enforcement folks,” said Trump in a statement while in San Diego.

The speech came after the president viewed border wall prototypes that the Department of Homeland Security chose as potential replacements for the current barrier, should Congress approve the funding. Standing at approximately 30 feet tall, eight wall samples awaited the president’s inspection. Half of the prototypes were solid concrete.

Trump made the case that the price of building a better border wall would be less than the societal harms and costs more illegal immigrants would bring to the country.

“The wall will save hundreds of billions of dollars – many, many times what it’s going to cost,” said Trump. He added, “We need safety, we need security at the border, and we’re getting it like we’ve never had it before. But we want to make it perfecto.”

San Diego Representative Juan C. Vargas, criticized the president’s remarks and ideology stating, “We have to resist and we have to let him know that California doesn’t welcome him.”

The president travelled to the Marine Corps Air Station in Miramar, where he touted his plan to have “the largest military buildup since Ronald Reagan and one of the largest buildups we’ve ever had in the history of our nation.”

President Trump was in town to attend a fundraiser that was being held at the Beverly Hills home of Tampa Bay Buccaneers owner Malcolm Glazer.