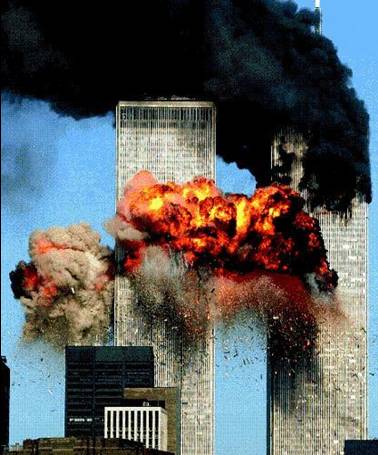 WASHINGTON D.C.—In the early morning of September 11, 2001, I was awakened by the telephone. A friend in Walnut Creek, Calif. was on the other end. Normally, it was a bit too early for me to be up, so I knew something was wrong. I heard her shaking and quivering voice say, “We are under attack. Our beautiful Twin Towers in NYC have been hit by airplanes.” The first thing I did was ask her to calm down, then I turned on the TV, which left me hollow and wanting to reach out to those closest to me at the time.  It was a startling realization that our lives would forever be changed. So like most Americans I kept on the television and started calling family and friends in order to go through this experience with others.  That seemed to be the normal human response on that day.

My first call was to my godparents in Redding who were going to leave for a European trip just days later. “What is wrong, Tommy?” asked my godfather, and in just about that time my television was reporting an explosion at the Pentagon outside of Washington D.C.

What followed were days of shock. Americans and the world grieved the loss of nearly 3,000 souls in the heart of the world’s most well-known city. The city that never sleeps was in grief. We all wept for the loss of so many Americans, but we were heartened by the brave people in the New York Fire and Police Departments, who would enter the buildings to save all of the innocent people they possibly could. Hundreds of the emergency personnel were lost themselves. The eerie sounds of their whistling emergency alert buttons on their uniforms told us that untold numbers of police and fire officials were not coming out of the charred rubble.

We also felt the bravery of Todd Beamer, a young man who was on the airplane Flight 93, which was over Pennsylvania during the attacks. He and the other passengers knew they would have to be sacrificed so that one of our nation’s greatest symbols of freedom would not be attacked, as the Pentagon and the World Trade Center towers were attacked just moments earlier. Todd was overheard by a customer service attendant named Lisa, who worked for United Airlines, praying with the other passengers and then uttering his final words, “Are you guys ready? Let’s roll.” Those words from a single individual define what makes America so great. His heroic efforts, and those of the other passengers, saved our Capitol building in Washington from being destroyed and saved possibly thousands more from being killed, including the nation’s congressmen and senators.

What we promised ourselves just days later, after struggling through tears of grief and unthinkable loss, was that we would fight back. We would hunt down the people who attacked us and killed our innocent citizens; we would stand together as a nation, and, most importantly, that we would not allow Osama bin Laden to win. He was quoted at the time by one of his insiders, “We cannot defeat the world’s most powerful military, but we can change them and their way of life.”

Those chilling words we soon forgot. Nine years after such a horrific event, we have two partisan political parties. The Democrats attacked President George W. Bush, by joining in left wing banter and calling him a terrorist, a liar and a fool. Now we have the Republicans attacking President Barack Obama, by joining in the right wing banter and calling him a terrorist, a Muslim and a non-citizen. The accusations that break the ninthCommandment, “Thou Shalt Not Bear False Witness Against Thy Neighbor,” seem to be non-issues for people who claim to be religious and true believers in God’s words. It defies truth and common sense.

How very sad that we’ve turned into such a bitter and angry nation. Not even one decade after the most horrific terrorist attack in our nation’s history, we’ve now allowed bin Laden, a terrorist, a madman, an evil diabolical mass murderer to achieve his one goal. We now are a nation of people that seem highly unrecognizable.

I grew up in the south, where little old ladies had been discriminated against, spat on, denied the right to vote and denied to go into the front door of establishments in which they had no choice but to spend their hard-earned money. However, I never heard one of these ladies disparage the broader community, only the person who did them wrong. Today’s youth won’t ever know that serene dignity that I and many of my generation witnessed. That’s very sad to me. It is with sadness that I can say that our best days are most likely behind us and not in front of us.

President Ronald Reagan’s “Shining City on the Hill” is now filled with mostly darkness. His was truly the greatest generation, and it’s sad we seem to offer no real replacement for his positive outlook and hope. It’s not just a problem within our government and leaders, as the Tea Party will tell you. It’s a deep rift within our nation’s soul.

Please pray for the soldiers who remain in Iraq and in Afghanistan, who fight valiantly our real enemies, not the make believe ones we like to create for political propaganda.