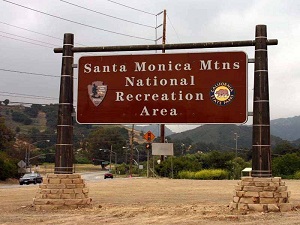 MALIBU—Due to a lawsuit filed against the California Coastal Commission on November 30, the completion of the Santa Monica Mountains Conservatory (SMMC) and Mountains Recreation and Conservation Authority’s (MRCA) Malibu Parks Public Access Enhancement Plan—Public Works Plan may be threatened once again.

On October 13, the California Coastal Commission voted unanimously 12-0 in favor of the plan, which, according to the SMMC, will provide “the first public camping ever in the city of Malibu, day-use picnic areas, 17.5 miles of new or improved recreational trails, new parking, restrooms and new trailheads.”

Residents in the area are concerned that the plan will increase noise and violate the natural habitat, as well as significantly increase the risk of fire in an already susceptible area. A group consisting of nearly 100 residents, the Ramirez Canyon Preservation Fund, filed a lawsuit against the California Coastal Commission on the grounds that the approved plan violates the Coastal Act and the California Environmental Act, as well as the Malibu Local Coastal Plan.

Steven Amerikaner, a lawyer representing the residents, said to Canyon News, “The lawsuit has the potential to delay implementation of the Conservancy’s Public Works Plan. The Ramirez Canyon Preservation Fund is seeking to have the court set aside the Coastal Commission’s approval of the Public Works Plan, and we would expect that the Conservancy would not take steps to implement that plan while that legal challenge is pending.”

The SMMC and MRCA claimed in a recent statement that they have addressed the groups concerns by providing an “unprecedented, comprehensive fire protection plan which includes not allowing open flame of any kind at the campsites.”

Joseph T. Edmiston, executive director of the SMMC, stated, “The superb plan is the culmination of an effort that goes back 17 years”¦When the plan is fully implemented, 280 campers per night will be able to enjoy the blue water view of Malibu’s coast when they awake—an experience heretofore afforded only those who are residents of Malibu.”