UNITED STATES—A little bit of FAITH stirred within me this week!

I’ve been whining about how nobody really gives a crap about the state of our country. Feeling quite alone and trying to make people see the ruination of America… Then I came across a video that went viral last summer!

There IS someone else that feels like me: like we are watching America go down the drain and nobody wants to listen! Like America has been taken over by those 37 people who heard Kitty Genovese scream in Queens, NY, but didn’t call for help because they figured someone else would. Like the population doesn’t care that we are being pushed into the civil unrest that is so TENSE that WAR is the fear.

After watching many of her videos it was clear that we share a COMMON GOAL: to fix America. We just say it in different ways and look at it from unique perspectives. A corny analogy sums it up…

We are like salt and pepper: both here to change the flavor, but in different ways. NO PUN INTENDED.

If you didn’t see any of her viral videos last year, I am glad to introduce you to Pro-America Activist BattleCat!

When I first messaged her, she tried to send me away politely, thinking we had nothing in common. By the tone of her YouTube content she has been inundated with haters and trolls, for everything from her choice in lipstick to being accused of betraying her race.

With so many powerful and strong messages, I will never be able to reaffirm the importance of everything this woman has to say in one writing!

First and foremost, her and I label ourselves ANGRY. EVERY SINGLE DAY angry. Sandra Bullock in CRASH angry. We ARE a byproduct of a country that teaches the ideal of healthy and legal living, while condoning a society that promotes megalomania and narcissism, supporting the disability of a child’s mental health, doping creativity and lowering standards!

BattleCat articulated a preference to be called “Black American” over “African American” a topic I have ALWAYS wanted to address, but told it wasn’t an appropriate subject for a White girl.

In 1997 I made the mistake of asking a woman I was interviewing how she felt being the first African-American counselor at that school. She looked me in the eye and said I’M NOT AFRICAN I’M ITALIAN.

Since then I have learned there are a LARGE AMOUNT of people that do not want to be called African American. Some believe Black Americans shy from the label due to a connotation of slavery, but I want to scream: NO, IT’S BECAUSE THEIR ANCESTORS DID NOT IDENTIFY AS FROM AFRICA. Dominican. Haitian. Brazilian. That simple.

Research shows support to make terms further definitive, i.e. “African Kenyan, African Caribbean, African Surinamese.” This is a good example, but next time you look at a White American, imagine having to know what their profile is, so that you could label correctly.

What would YOU label me with all this variation? 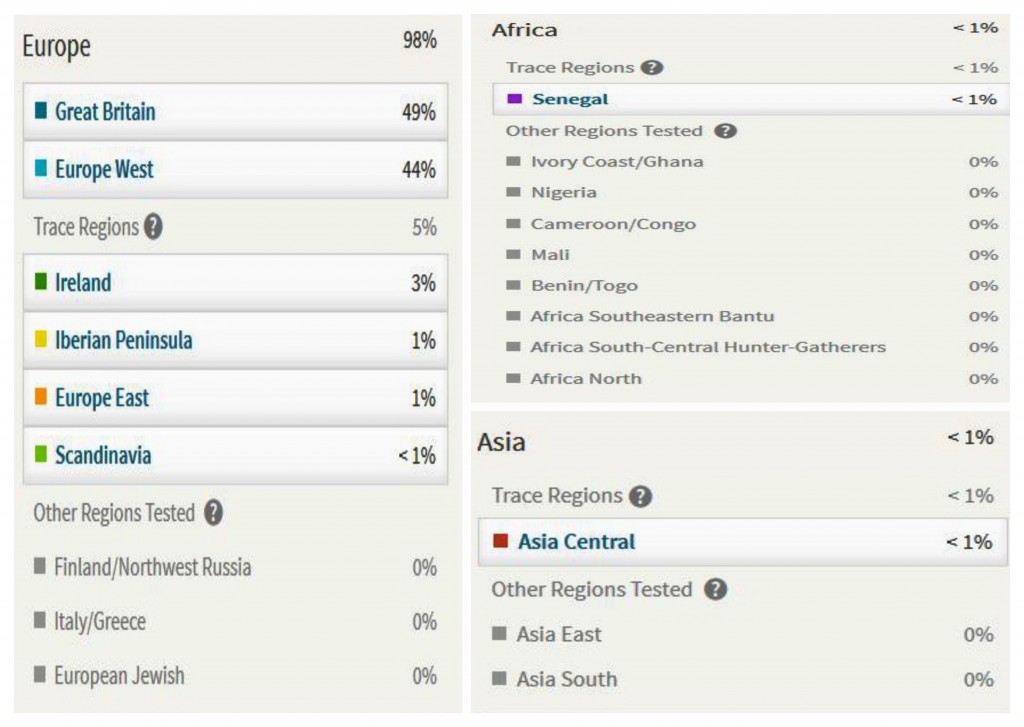 This Pro-American Activist is right on with her opinions of Black on Black crime. Besides that, we already know that people have a hard time differentiating characteristics of races other than our own type.

Like me, BattleCat talks about problem children in the classroom and mothers who do not parent. I could write One, Two, Three, Four, Five, Six, Seven, or who knows how many other articles showing how parents install the “program” in a child’s mind.

At this point bad parenting has been discussed so often, by so many, that it has conditioned people to not care. JUST like Kitty Genovese. We all just keep looking the other way thinking America will save itself.

What are we going to do when the majority of youth grow up to be adults that care more about self-gratification than the future for children, or ELDERLY? I imagine assisted suicide rights will transform from accepted to mandatory, in a future controlled by this selfish young generation!

Back to BATTLECAT! I respected what she has to say about Black Lives Matter radio host’s call for assassination. Stop expecting us to use DISCRETION (the root of American evil) to allow one person to call for the murder of GROUP A, but allow GROUPS B and C to live in peace.

Calling for hate to be directed at any group is NOT the future America has aspired to become, and NOT the example we should be showing our youth or those of other nations.

We share something very important in common, BattleCat and me: A LOVE FOR AMERICA and worry about the future of it for all of the children.

I think the way to differentiate us is not by the color if our skin, but rather the fact that I attack the ruination of children from inside the home (future of America) while BattleCat tackles the issues children are exposed to out in the rest of the world (present America).

BattleCat is right, Americans, “heart is gone… full of fear…” and many of our youth are, “wayward, evil, misfit, misguided… don’t know right from wrong…”

People on youtube that are searching for TRUE PATRIOTS, Activists, and Keyboard Warriors like me are paying attention because her messages ring true. It IS time for us to wake up from our slumber. Prepare. Be Vigilant. No more blaming others for our own actions.

In closing I would like to mention that labeling EQUALITY phrases such as ALL LIVES MATTER as racist, is ridiculous and in twenty-first century AMERICA we recognize delegitimizing tactics when we come across them. America is not a board game and our foremothers didn’t fight for equality so we could take 2 steps back.