UNITED STATES—Corky’s Corner store in Long Lake, Michigan received a scathing note from a customer over the sale of some Make America Great Again hats.

Canyon News reached out to Rob and Chrystal Teachout who own and operate the establishment. Rob indicated he had about 12 Make America Great Again hats on a small display along with some veterans hats. A customer sent an unsigned postcard with the following message: 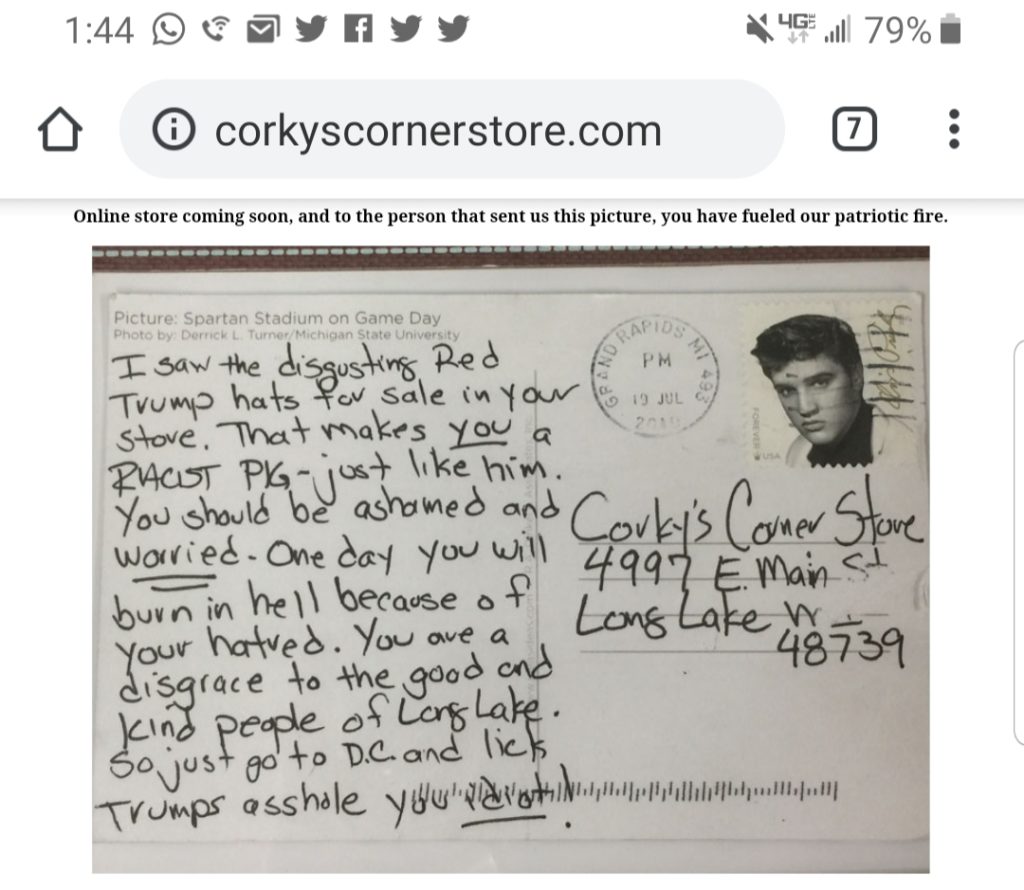 Rob informed Canyon News Corky’s Corner Store is a Mom and Pop shop and the only store within 5 miles. It is located in the resort town of Long Lake, which is in the middle of 60 lakes. The closest town to them is Hale with a population of less than 10,000 people.

Rob’s initial response to the postcard, via Facebook was to say sorry you wasted postage and a postcard to send that note. In your honor, we will order a hundred more Trump hats.

Rob who is a 13-year veteran with the Marine Corp. said, “I’m not going to let someone bully us over some hats, we’ll flip the coin and kill ‘em with kindness.”

“Trump Nation [supporters] rallied behind us,” said Rob. Chrystal worked with a web designer to create an online store as requested by Trump fans everywhere. They had 30 phone calls from 30 different places in the first two hours after the post and just as many from places outside of the U.S. including the UK and Australia.

There is an unlimited supply of Trump gear available at the online store and the original supply of Trump hats inside the store went from 12 to 250. Rob indicated some people are coming by and asking them to autograph one of those, “disgusting red hats” for them. 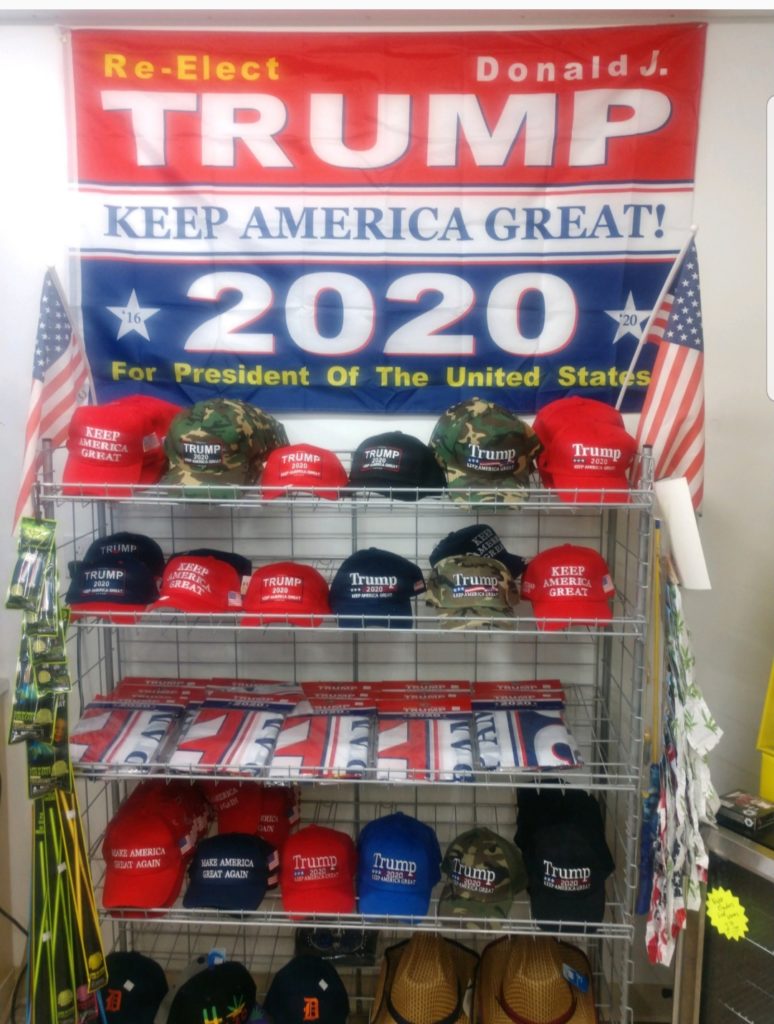 The owner of the Unity Bridge contacted Rob and Chrystal, who has a cottage in the area. It would cost money to have the Unity Bridge at an event, but similar to a parade float, it was at the store on July 27 giving out free Trump gear.  Rob told Canyon News the turn out was awesome.

Rob indicated an older lady stopped him to whisper something in his ear.

“I want you to know that I like how you responded to that person over the hats,” the woman said. Rob thanked her and asked why she was whispering, to which she replied, “My husband is on the next aisle and he’s a Democrat.”